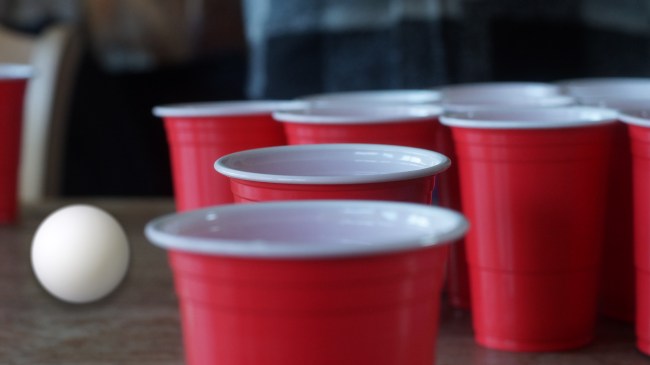 College is not only a place designed to allow students to expand their knowledge but also serves as a stepping stone to The Real World; a place where most people are given an unprecedented amount of autonomy and are forced to navigate a strange new world where there’s no one constantly holding their hand or looking over their shoulder.

It can be an incredibly liberating experience, but there’s also a good chance you’ll fall victim to your newfound freedom at some point during your time on campus. As someone who attended a supposedly “good” college, it doesn’t really matter if you graduated at the top of your class in high school or crushed the SAT because even the smartest people will almost inevitably do some incredibly dumb shit.

The catalyst for most ill-advised decisions is obviously the booze that basically every social gathering revolves around and the many drinking games out there that help facilitate its consumption—including beer pong, the label that technically refers to a contest involving the use of paddles to hit balls into plastic cups but which is widely used to refer to the pastime that the “Well, Actually…” crowd loves to point out is technically called “Beirut.”

Regardless of what moniker you prefer, I think we can all agree pong is easily the most unsanitary drinking game in existence, as it typically involves teams rotating onto a table covered in Solo cups full of beer that an unknown number of people have already drunk from while both sides clean off any ball that makes its way to the floor in an increasingly filthy cup of water.

You can also just fill the cups you’re aiming at with water and drink from whatever you happen to be imbibing at the time to greatly reduce the risk of contracting herpes or a staph infection, but even so, it’s still not exactly a game that seems like a good idea to be playing the Age of COVID-19. However, according to Patch, that hasn’t stopped some students at Northwestern University from continuing to get their pong on and one local politician recently announced she wants to put a stop to it—although it has nothing to do with potential health risks.

Earlier this week, Evanston City Council member Judy Fiske revealed she’s received complaints from local residents who have been less than thrilled with students playing beer pong and other drinking games in the yards of their various residences and is lobbying for the locality to pass a measure that would ban them from doing so in the view of the public despite the activities taking place on private property.

The outlet notes that Belmar, New Jersey has a similar measure in place that Fiske used to say her proposal isn’t without precedent, and in these hard and trying times, I’m just glad there’s someone like her out there focusing on the things that really matter.