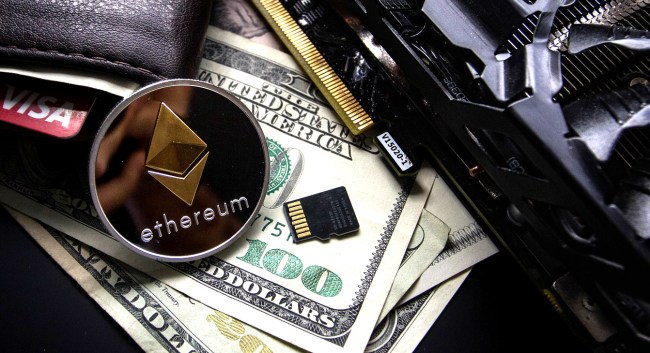 Remember Nyan Cat? The GIF meme that took over the internet way back in 2011? Yeah… it was just sold for $600K worth of cryptocurrency as a non-fungible token (NFT).

That’s right. The digital flying cat with a Pop Tart for a body is apparently now worth over half a million dollars.

Related: Take My Money! Deadmau5’s Nyanborghini Purracan Is For Sale!

Nyan Cat creator Chris Torres sold a one-of-a-kind version of his viral GIF on the digital marketplace Foundation for 300 Ethereum, which, at the time of the sale was worth around $600K. (Sadly, as of this writing, that Ethereum is now worth around $440K. Eh, I’m sure it will bounce back.)

Just opened up the flood gates to the future of meme economy in the Crypto universe, no big deal~

But seriously, thanks for believing in Nyan Cat all these years. I hope this inspires future artists to get into #NFT universe so they can get proper recognition for their work! pic.twitter.com/JX7UU9VSPb

If absolutely none of that makes any sense to you, well, join the club.

Thank you to @PRguitarman for bringing us along for the historic ride. 🌐 @NyanCat forever. 💖

Mashable tried to explain it in words we can understand…

Welcome to the wild world of non-fungible tokens (NFTs), unique digital items authenticated on the blockchain, that are selling for upwards of hundreds of thousands of dollars. Artists are selling NFTs via digital marketplaces like Rarible and Foundation — the latter being where Nyan Cat’s creator sold the latest iteration of his iconic cat.

There’s a reason this all sounds so familiar. Back in 2017, another type of digital feline took the cryptocurrency world by storm.

Cryptokitties, as the name might suggest, were cats on the Ethereum blockchain. At one point, the game of breeding, buying, selling, and hodling the cats because so popular that it actually bogged down the entire Ethereum network.

That didn’t really help much, did it?

Okay, well, it has become such a thing that even legendary auction house Christie’s is currently holding an NFT auction. Their first foray into this world has the house auctioning off a piece of work by digital artist Mike Winkelmann, AKA Beeple, called “Everydays – The First 5000 Days.”

The last time Beeple held one of these auctions for his art he grossed $3.5 million in a single weekend.

Hard to believe, isn’t it? Again, you are not alone. Not even the guy who sold a Nyan Cat GIF for $600K can believe it.

“It was crazy,” Chris Torres told Artnet News. “At first the auction was going very slow, so I didn’t think it’d get that many bids, but there was a wild bidding war near the end. Part of me was thinking, this can’t be real. There’s no way.”

Apparently there is a way, or else someone wouldn’t have been able to buy the “original” GIF of Street Fighter character E-Honda slapping that ass.

This is the E. Honda gif that Jay sold for over $500 in ether if you're curious https://t.co/BaX56KTXrg