NYC ATMs Are The Most Germ-Ridden, Disgusting Things On The Planet, Per New Study 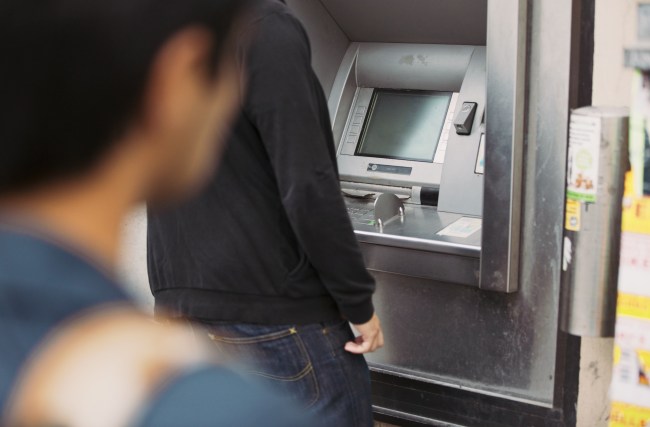 I don’t remember what I did this weekend, but I remember a study a stumbled across a year ago that demonstrated just how repugnant public bathroom hand dryers are. You might as well just bare hand swipe your ass crack on a mid-August day than subject your hands to that germ attack.

Well, looks like I’ll have another thing to get skeeved out about, thanks to Mike Brown of financial product marketplace LendEDU. Brown ventured into New York City with a Hygiena SystemSURE Plus, a handheld device that measures bacteria on various surfaces, to test 20 different ATMs in the West Village and Times Square. Brown tested the keypad touch screen and card-reader of each ATM, and tested nine other surfaces in New York to see how they compared.

Predictably, the more heavily trafficked Midtown machines were also the dirtiest, with one Times Square ATM measuring an overall 513 RLU (relative light units), compared to a reading of 68 RLU for a subway pole, 163 RLU for the Penn Station public toilet handle and 370 RLU at a Father Demo Square park bench, with the highest numbers indicating the most bacteria. The pass limit for food-service establishments and operating rooms is 10 RLU.

The dirtiest part of an ATM is almost always the card-reader. Card-readers at high-traffic ATMs averaged a 427 RLU reading, about twice the levels recorded for keypads and touch screens.

An ATM is much more rank than a Penn Station public toilet handle, which makes me want to chop both of my hands off and light them on fire.