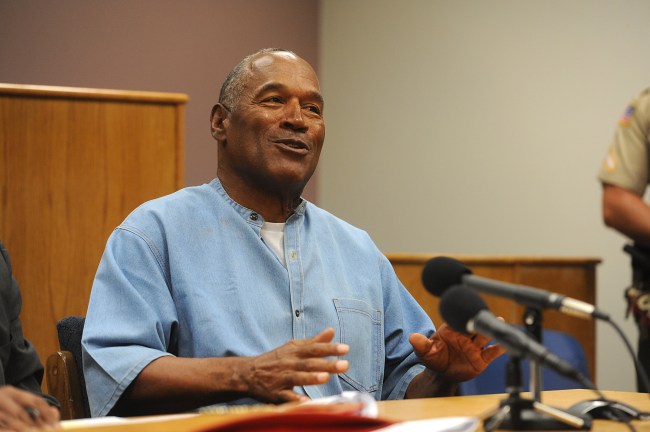 Deshaun Watson is currently facing a slew of lawsuits after several women came forward to accuse him of sexual assault but O.J. Simpson is coming to his defense.

On Friday afternoon, Simpson took to Twitter to comment on the Watson situation by implying the women were just looking for a payday and to let “the legal system work.”

I’m a little depressed about the Deshaun Watson situation, it appeared to be more about money because he’s been charged in more civil case than a criminal case. I don’t know how it’s going to turn out but I hope it turns out right. I think you need to let these things go through the system. Him, Cuomo. all of these things.

The Internet immediately lost its mind after Simpson’s post due to his history with the legal system in the Nicole Brown murder case.

Hey uh, OJ….I think you're the last person who should speak on the legal system bro😂 https://t.co/xGIqCK4oNH

I cannot believe I am seeing a real life tweet from THE JUICE talking about let the legal system work…. bruh 💀 https://t.co/OTrETDi75j

Either the least self aware person in history or a legendary troll.

And I honestly don’t know which it is… https://t.co/TX2JTzOqiu

Oh no. I don't think this is the support Watson wanted at the moment. https://t.co/FAG3r6xpp5

OJ Simpson is on Twitter giving his thoughts on the legal system that let him walk for murder and some of you still question whether or not we live in a simulation https://t.co/keDteR8Vf2

Oj simpson is on twitter preaching about letting the legal system work…. lmfaooo