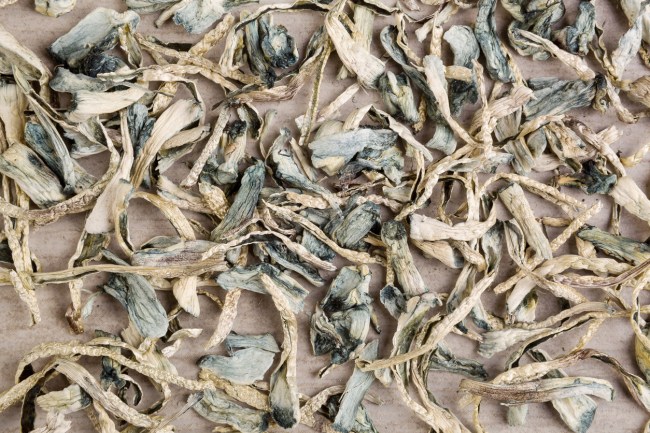 Mankind has made great strides over the millennia to create the world we live in today, and if certain people are to be believed, there are plenty of achievements that were made possible by one thing: tripping balls.

Over the course of his life, famed psychonaut Terrence McKenna published a number of books exploring how psychedelics may have played a role in the modernization of society, and while his body of work isn’t without criticism, he makes some incredibly compelling arguments to support his claims.

There is plenty of evidence that major civilizations had a great appreciation for certain mind-altering substances but they were eventually pushed into the shadows, which is where they largely remain today.

However, in recent years, they’ve experienced a bit of a resurgence as scientists continue to explore the potential benefits of psychedelics like LSD and magic mushrooms, which could hit the legitimate mainstream sooner than you’d expect.

Last month, the denizens of Denver voted to decriminalize [insert your preferred slang term for mushrooms] by a razor-thin margin (officials actually announced the measure had failed before reversing course). Under the new law, anyone in the city who’s old enough to drink can also have a stash of mushrooms without having to worry about the cops knocking down their door mid-trip.

Now, it looks like Denver has inspired another city to follow in its footsteps, as Marijuana Moment reports Oakland is on the verge of doing the same.

The proposed law itself—which was just sent to the city council for a final vote set for June 4th—wouldn’t just be limited to mushrooms but rather any plant-based psychedelic, which means you’d no longer have to trek to the middle of a forest in South America to try ayahuasca.

Councilmember Noel Gallo, who sponsored the proposal, says this could only be the beginning and that he’s optimistic this could be the first step to a statewide ballot measure (advocates in Oregon are pushing to do exactly that in 2020).

McKenna would be proud.