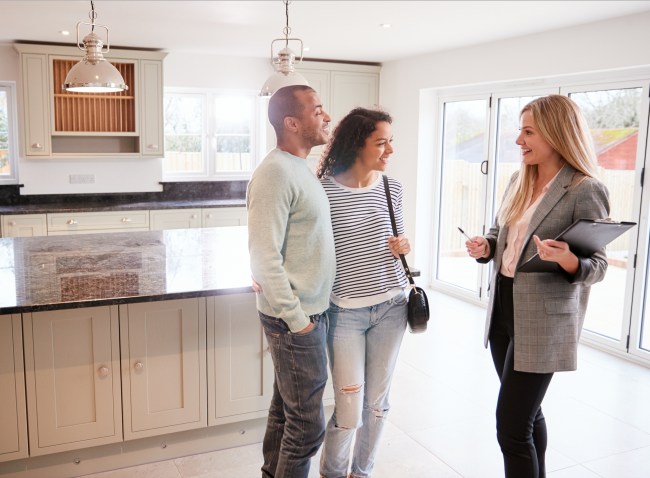 Whelp, it happened to us. My girlfriend and I got a letter in the mail from the owners of our apartment building saying that they would not be renewing any leases. Kicked us out without so much as a goodbye, thanks for three years of punctual rent payments, good luck the rest of the way. They’re throwing in the towel on the rental game and converting everything to condos to sell. We have until the end of our lease—January 15—to pack our bags, unscrew our bookshelves, empty the drawer with all the weird keys and old quarters and stamps, batteries, and half-filled gum packets and GET THE HELL OUT.

Thus, we spent the weekend looking at apartments. And boy, did we find some beauties. StreetEasy is so fun. Especially when there are down arrows on almost every single listing. “Best time to be looking” says everyone who learns we’re out looking for a new place.

Now, the smartest friend that I have informed me of his strategy for apartment hunting. He stars/saves dozens of apartments on StreetEasy, then reaches out to each one and low balls the HELL out of the current listing. Apartment listed for $15,000? Sure, that’s out of our budget. Which is why we’re going to offer $4,000 for it. Let me know when we can get a tour.

9 out of 10 brokers respond and tell you to seek life elsewhere… owner would NEVER consider an offer that low… they’ve had five offers already that were way above that… are you smoking crack, what’s the matter with you, etc.

But maybe, just maybe, you’ll find that one owner who is desperate. The apartment has been on the market for three months. They’ve been eating the mortgage and taxes and HOA fees for an empty apartment that was only ever an investment property in the first place. Better to have SOMETHING than nothing, right?

(I haven’t found this one desperate loser yet. But it’s a numbers game. Shoot wide, shoot often.)

“Hi! My girlfriend and I love this apartment. We’d be willing to pay (much lower price) per month. Please let me know if we can see it sometime this week.”

Keep in mind, I’ve been firing off these hail marys for three straight days. An hour after I sent the message, I get a phone call from the broker. He asks me why I would make an offer for an apartment I haven’t even seen. I told him I was just getting a sense of the owner’s interest, and whether they might entertain my budget. He tells me the offer was ridiculous, and that they’ve had three offers much higher that they rejected already. Then he says “let me guess… you work in finance?”

He said it with so much scorn, so much condescension, that I almost got angry. Which is strange because I don’t work in finance and have often mocked those very same people, for the same reasons. But I do have friends in finance, and I was mad on their behalf. Uh, it’s called the art of the deal, Clayton. Ever heard of a negotiation? You start low and meet in the middle. As though this dude has never bartered for a pearl necklace on the streets of Cancun before? Get out there man, there’s a whole wide world waiting to be discovered.

We hung up on bad terms. And now, out of pettiness, I am rooting for the collapse of the entire New York City housing market. Just so that Clayton has to find a new job.