Leonardo DiCaprio Panic-Attacks His Way Through Hilarious, Star-Studded Trailer For ‘Don’t Look Up’ 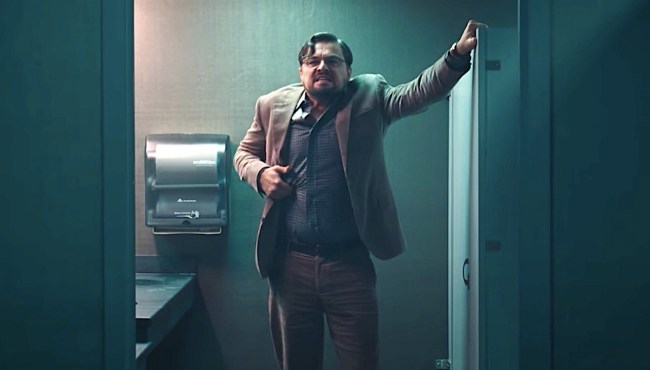 If you were to put Leonardo DiCaprio’s filmography in baseball terms, what do you think his batting average would be? Allow me to rattle off his films since 2010 before we settle on a number:

Shutter Island, Inception, J. Edgar, Django Unchained, The Great Gatsby, The Wolf of Wall Street, The Revenant, Once Upon a Time in Hollywood

That is, quite frankly, absurd levels of quality. Of those films, Clint Eastwood’s J. Edgar is the only one that can be considered a bonafide strike-out. I’d call The Great Gatsby a double — a film I actually really enjoy, albeit more so than the general public — and I’d consider the rest absolute home runs. So, in baseball terms, in the last decade, Leo is batting. 875 with six home runs and a double in just eight plate appearances.

Don’t Look Up tells the story of two low-level scientists, played by DiCaprio and Lawrence, tasked with going on a media tour to warn humanity about an incoming asteroid that will destroy the planet. The expected Academy Awards-contending film will hit theaters on December 10 before hitting Netflix on December 24, Christmas Eve.