Former Manager Says He Can Prove O.J. Simpson ‘Had At Least One Accomplice’ In The Infamous Murders 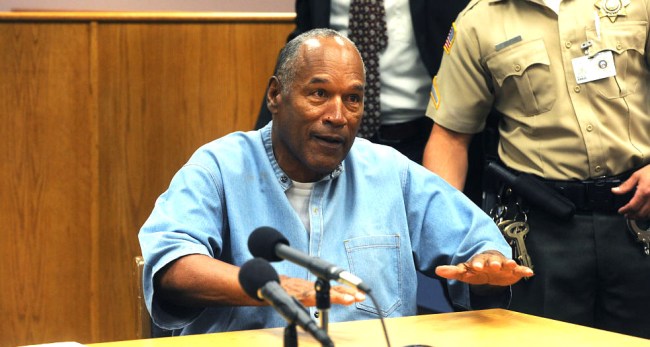 O.J. Simpson’s former manager Norman Pardo says he can prove “The Juice” had at least one accomplice in the well-publicized murders of his wife Nicole Brown Simpson and her acquaintance Ron Goldman. The fact that we are closing in on the 25th anniversary of the homicides and that Pardo is pitching a new documentary he’s making is strictly a coincidence, I’m sure.

Pardo, who worked with Simpson (who totally didn’t commit murder, but if he did, this is how he would have done it) for almost 20 years following his acquittal of the slayings in 1995, has been developing the film for four years with co-executive producer Dylan Howard (An American Murder Mystery, National Enquirer Investigates).

The series will be pitched next week to streaming services, cable and premium networks to coincide with the 25th anniversary of the homicides of Nicole Brown and Ron Goldman.

“For the first time, the most thorough investigation into the murder ever conducted will be shared with America,” said Pardo, who claims to have more than 70 hours of video of Simpson that nobody has seen. “We have assembled a team of internationally renowned criminal investigators, experts and lawyers,” he said.

“And they believe they can not only prove Simpson was involved in their deaths — but for the first time reveal he had at least one accomplice.”

No word yet on whether one of the accomplices was the “fictional” person named “Charlie” who “hypothetically” could have helped Simpson commit the double murder.