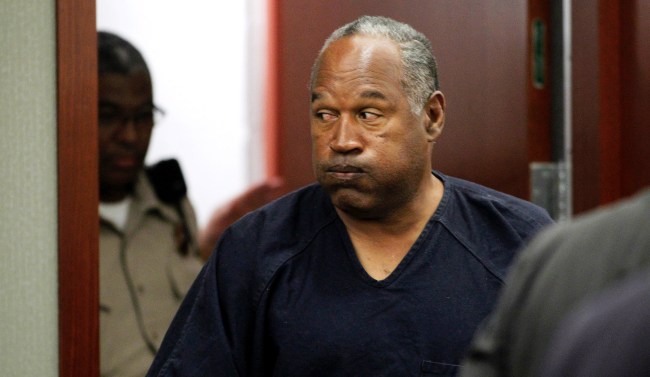 OJ Simpson has apparently been too busy giving us updates on Twitter about his golf game and fantasy football team and has forgotten to make some rather sizable payments to the Goldman family.

In 1997, Simpson was ordered to pay the Goldman family $33.5 million after being found civilly liable in the killing of Ron Goldman, but according to TMZ, Simpson has only paid $132,849.53. Seeing as how we’re now in the year 2021, that $33.5 million has compounded interest and has been pushed to over $70 million at this point. So, Simpson has paid approximately 0.2% of what he owes the Goldman family.

Goldman claims that following Simpson’s release from prison back in 2018, ‘The Juice’ has started making money again by signing autographs for collectors. Simpson posting videos to social media from the golf course just about every day probably isn’t helping his case either. It’s clear that Goldman believes Simpson has more money laying around than the public may think he does, therefore he wants justice.

The court documents were only recently filed in Nevada therefore it’s unclear at this time how or if the courts will move forward in trying to expedite the process of Simpson paying the Goldman family what it’s owed.