Oklahoma Professor Tells Class That “OK, Boomer” Is Like Calling Someone The N-Word; Students Disagree 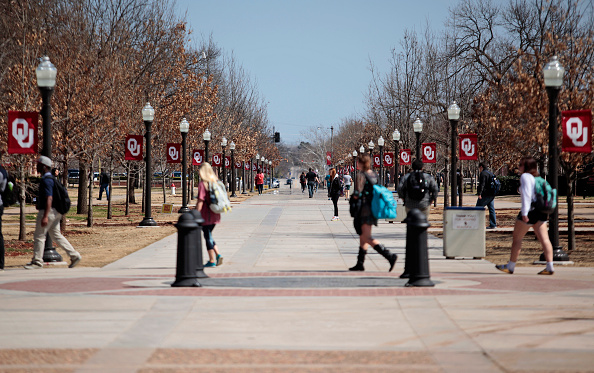 Oh boy oh boy! Anyone else get excited when some old white professor says some craaaaaazy, out of touch shit to a class full of today’s college students? Holy moly, good luck dude. I hope his Linkedin profile is current because he’s gonna need to put out some feelers.

A University of Oklahoma professor riled by the use of “OK, Boomer” compared the generational putdown to a racial slur during a class lecture.https://t.co/whb1QPgGus

NY Post– Gade made the comparison during a discussion about technology and social media as it pertains to journalism, suggesting to students that reporters should focus more on traditional aspects of the profession, according to the university’s newspaper, the OU Daily.

That prompted a student in the class to say that journalists need to keep up with the times and younger readers. Gade then said the student’s remark was akin to saying “OK, Boomer,” multiple students in the class told the newspaper.

At least one student told Gade during the class that he shouldn’t use the racial slur in class. He then tried to defend it before changing the subject, the newspaper reports.

I don’t profess to be any sort of expert on racial slurs—which ones are worse than others, what terms refer to which groups of people, etc. I have the equivalent to a first-grade education in racial slurs, which is still enough to know that calling someone “boomer” is not the same as calling someone the N-word. Not even close. This isn’t some woke take, either. It’s just that one of those terms is basically the log line for those 90s Apple Jacks commercials, where the dad would walk past the kids and ask why they always eat the cereal, and the kids would roll their eyes and say something like “ugh, DAD!” Pretty harmless. Maybe if you’re old or work for Kellogg’s, that hits home a little harder.

But it’s not the n-word. No buddy. You see, boomers haven’t exactly faced hundreds of years of systematic racism. In fact, we didn’t even come up with “ok, boomer” until like two weeks ago. And in a tremendous twist of irony, Professor Gade equating these two things might be the most obvious “ok, boomer” moment ever. Except, you know, it’s more likely to result in his firing.

Anywho, I’ll be interested to see just how strong those first amendment and academic freedom protections hold up for old Gade. Tough to stand by a professor when the kids stop showing up, as they surely will.