Olivia Wilde, Jason Sudeikis Fire Back At Nanny Who’s Been Telling Wild Stories About Them 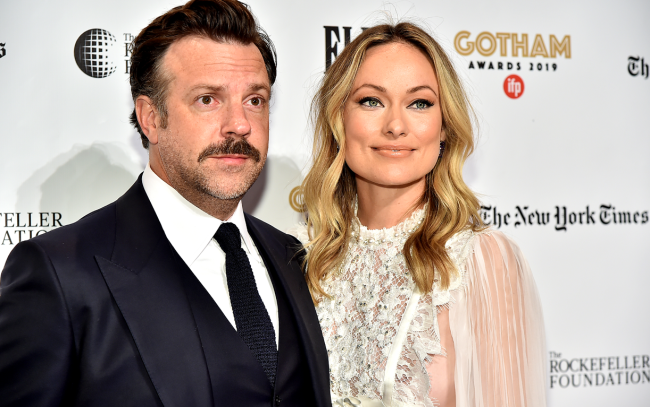 Jason Sudeikis and Olivia Wilde’s former nanny spilled a whole bunch of tea this week in a new interview with the Daily Mail.

Now, the former couple, who have been anything but on the same page since their split, have banded together to denounce their ex-nanny and the wild tales she’s been telling about them.

“As parents, it is incredibly upsetting to learn that a former nanny of our two young children would choose to make such false and scurrilous accusations about us publicly,” Sudeikis and Wilde told Page Six.

“Her now 18 month long campaign of harassing us, as well as loved ones, close friends and colleagues, has reached its unfortunate apex. We will continue to focus on raising and protecting our children with the sincere hope that she will now choose to leave our family alone.”

No mention was made of any legal action being taken against their former nanny, however.

Among the many stories the nanny has been telling about Sudeikis and Wilde’s breakup was a claim that the Ted Lasso star discovered Wilde had hooked up with Harry Styles in Palm Springs after finding emails on an Apple watch Wilde had left behind after moving out.

Wilde had moved out of the couple’s home under the guise of a Covid outbreak on set. The nanny said, “It was supposed to be a temporary break for Covid but that turned out to be how she left us. He thought it was a temporary break.”

At one point, when Wilde was leaving the house to go see Harry Styles, Sudeikis allegedly threw himself in front of her car.

The nanny also claimed that she was fired by a “drunk and out of control” Sudeikis after he threw her out of the house for texting with Wilde, her employer.

Sudeikis’ and Wilde’s reps claim the nanny resigned, but the nanny says they are only saying that so she can’t collect unemployment.