History Of Things: The Fascinating And Delicious Origin Of Our Beloved Life-Giving Coffee 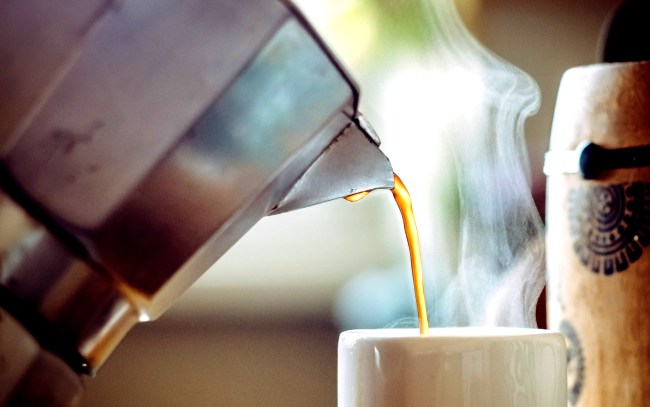 Coffee is so prevalent in our lives that we take it for granted. But we weren’t always starting our day with a fine brew. You would think that coffee would be one of those timeless treats that everyone just automatically understood to drink in between cave rave drawing parties and all the hunting and foraging that we did in our early collective humanity. But the origin and history of coffee actually began with the earliest baristas happening upon its awesomeness in the 15th century, when it started popping up, and keeping people up, in Sufi shrines in what we now call Yemen.

So how did our Yemeni brothers and sisters stumble upon the drink that would become a necessity all across this strange world? Well, legend has it that a Sheikh named Omar was exiled to a desert cave. Let’s not ask why, and assume it was probably something scandalous. So, once Omar was sent off to live in a cave with whatever the hell you might find in a Yemeni cave, things began to get a bit desperate. On the verge of starvation, our dude Omar decided to eat some berries he found nearby, but he didn’t like the taste so he tried roasting them but that didn’t work, so with a bunch of roasted berries and not a whole hell of a lot else to do, it wasn’t looking real good for Omar. But then he tried boiling them, which resulted in that sweet fragrant brown liquid we know and love today.

Naturally, Omar soon found out that coffee comes with a kick and managed to get his ass into shape, just drinking this new coffee in his cave and shadow boxing and doing a few pushups to keep his game tight, and he found that he could keep going and going thanks to this new treat. Eventually, word got back to the dudes who exiled him in the first place that Omar was throwing killer cave parties and getting people hooked on this new weird drink he made from berries, which probably made him feel like the top dog in his crew, or like the dude who manages to make toilet wine in prison. Same thing, really.

Word got out, and because Omar was hooking everyone up, they let him come back to town with his new miracle drink. This story is likely apocryphal, which is a nice way of saying it was a bunch of bullsh*t, but it was enough to get Omar named a Saint, and you can’t argue with that.

So let’s assume Omar actually did throw those first cave coffee parties. Once word got out, Sufi circles started using it to stay up late for all their religious rituals, much like college kids pulling all-nighters before finals. But there was a problem. It seems that whether Omar’s magic berries were real or not, the Yemeni Sufis couldn’t get their hands on enough of the stuff because it wasn’t native to their land.

But across the Red Sea, in East Africa, the coffee beans grew naturally, and it wasn’t long before the Yemeni Sufis started trying to get parties together to get them some of them coffee beans, much like American kids sneaking into Canada to drink when they’re 19. Whoever started bringing coffee back to Yemen was soon pushed out of the game, a lot like your weed dealer now that it’s legal in a lot of places. It was then that some Somali entrepreneurs got together and started selling the stuff legit to their Yemeni friends, which probably means that they knew about that good coffee in Africa before the rest of the world stole it from them. Typical.

It wasn’t long before word got out about coffee, and it started popping up in Persia, Turkey and most of North Africa. It was a short hop for the northern people of the Mediterranean to hear the good word, and it spread to Italy by 1600. Once it hit the ports in Venice, which was basically the hot strip back in the day, it exploded all across Europe. People couldn’t get enough of it. Naturally, this led to the Dutch East India Company and the British East India Company to swarm the places where the coffee was the hottest, which is how Colonialism got its hot start, but that’s another tale for another day. 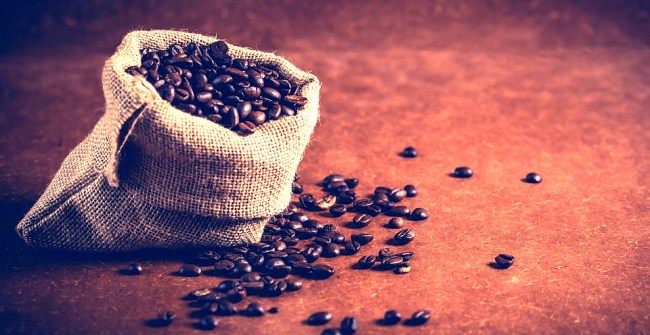 Interestingly enough, the earliest Americans weren’t so fond of coffee, preferring their tea like good English boys and girls, but during the war of 1812, England stopped sending their rambunctious kids tea and Americans took a liking to coffee, and it’s been a hell of a ride ever sense.

But while nobody was looking, folks in Brazil saw Kardashian sized money in the coffee game and began throwing down forests to make way for coffee plantations. By 1910, Brazil was brewing 70% of the world’s coffee and then it got into Bolivia and Colombia and the coffee game got real. Of course, America couldn’t get enough of it and by 1920 half of all the coffee production in the world went to American coffee cups.

Coffee consumption per capita though is heaviest in the Nordic countries, which makes sense because what else are you gonna do when everywhere you go is covered in snow and ice? It’s no surprise then that Europe still is the king of the coffee houses.

Here in America, though, Starbucks became synonymous with coffee after three college students decided to get into the coffee house game in 1971. They were content to brew their coffee in their little coffee shops, but then a dude named Howard Schulz took an interest in what these college kids were up to. Schulz, an entrepreneur aka the dude with all the money, saw how big the game could get and started pushing those nerds around to start selling premade espresso. They weren’t up to the challenge, and so Howard Schulz bought them out in 1987 and that’s when coffee as we know it became what is today. Everybody’s got to have their Starbucks, right? Right. Or any of the many other coffee houses that saw what worked and started aping the Starbucks model.

And that is how we find ourselves today. We can brew our own coffee, but most of us like the social element of the coffee house, and it doesn’t matter whether you’re cranking up your Keurig or hitting the same coffee house everyday with the cute barista who really gets you, because chances are you’re one of the millions who can’t start their day without a fine cup of coffee.

It’s been a long road from Omar and his berries to Howard Schulz and his Starbucks, and along the way, empires have been won and lost, whole nations transformed by coffee plantations, and millions and millions of people can’t start their day without that perfect cup of coffee.