History Of Things: The Origin Of Chocolate Reveals How It Became The Perfect Halloween Treat 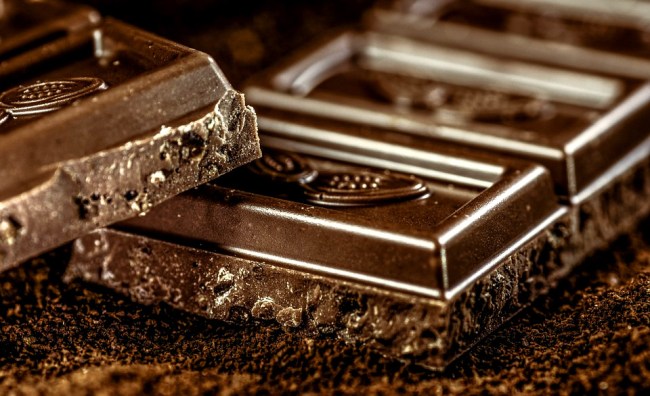 What is chocolate? Well, it’s derived from cacao seeds (also known as cocoa beans), which are then roasted and ground, much like coffee, and then mixed with other ingredients such as milk to create the chocolate we know and love today. But when did chocolate first start showing up in our human story? It would seem that the Olmecs, who originated in what we now call Mexico, began making beverages with cacao seeds around 1900 BC. Yeah, that’s a long time ago.

Because the cacao seeds have an intensely bitter taste, they must be fermented. After that, they are cleaned, dried and roasted. Then the shell is removed to make cacao nibs that are ground up to make cocoa, which is then liquified via heating to create the rich substance known to us as chocolate.

The Olmecs were kinda crazy, and they used cocoa to create an early liquor, which they then identified with their god, Quetzalcoatl, who they claim was cast aside by the other gods for daring to share chocolate with the people. They then commemorated this by mimicking the extrication of the seeds from the cacao plant by extricating hearts from humans during human sacrifices, which is a pretty bitchin’ way to celebrate chocolate’s sweet goodness, right? They even spiked their chocolate drinks with human blood from these sacrifices, which is some craziness we’re glad the fine people at Hershey’s haven’t decided to roll out for their latest Halloween promotion.

Europeans didn’t even know about chocolate until the 16th century, when Christopher Columbus and his boys got their hands on it and sent it back to the motherland. From there, Spanish friars introduced it to Spanish court. From there, the Spanish added sugar to combat the natural bitterness of the cocoa. Unfortunately, this new delicacy seemed to upset the weak stomachs of the Europeans and so they did whatever they could to make it milder, like introducing vanilla and other spices into the mix. 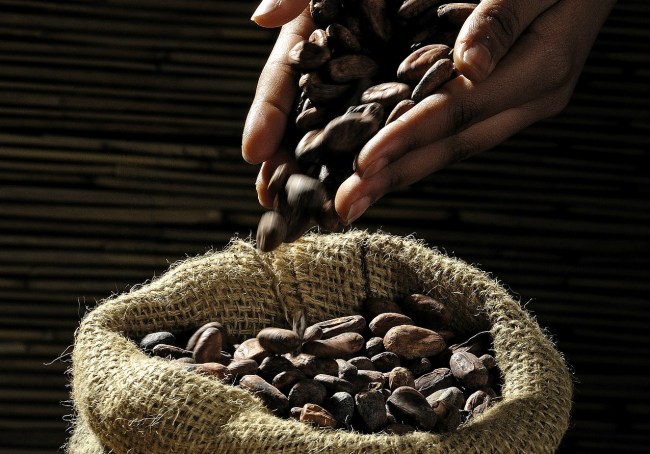 By 1602, the word on chocolate had gotten out, making its way from Spain to Austria, and by 1662, the Pope himself, Alexander VII, said it was totally cool to enjoy this new chocolate delight during fasting times, which made the agony of fasting a little more bearable.

Naturally, Europeans couldn’t get enough, and soon began operating cocoa plantations in the new world, which of course they staffed with some unwilling slaves imported from Africa. Picking chocolate, just like picking cotton, is not an easy job and the slaves soon found themselves tasked with delivering this new treat back to Europe.

By 1815, a Dutch chemist named Coenraad (yeah, really) Van Houten, not related to Milhouse from The Simpsons, at least not in any hereditary records that I could find anyway, introduced alkaline salts into chocolate, which further reduced its natural bitterness, making it even more popular with the sophisticated European crowds of the day. It wasn’t until 1847, though, that an Englishman named Joseph Fry mixed cocoa powder with sugar and cocoa butter. This allowed him to start mass producing chocolate bars at his factory, Fry’s of Bristol, England. This of course was a big hit with the people, who soon began new ways to enjoy this treat.

Thankfully, they didn’t have to wait long, as in 1875 a Swiss gentleman named Daniel Peter stumbled upon milk chocolate by mixing powdered milk into the cocoa. From there, Nestle began operating in Switzerland, and began mass producing all the milk chocolate goodness we enjoy today. Around the same time, Cadbury released their first chocolate Easter egg, which started a tradition of Easter chocolate treats that has lasted to this day and probably will at least until the second coming.

In 1893, Milton S. Hershey got into the game, picking up some chocolate processing equipment in Chicago and that’s where things really got going for Americans in the chocolate game. Hershey is the one who really made it into a household treat, and to this day his name remains synonymous with our love of chocolate, inspiring everything from holiday treats on Halloween and Easter to theme parks in Pennsylvania, the heart of Hershey country.

Today, the majority of cocoa is now produced in West Africa instead of its native Latin America. Cote D’Ivoire produces 43% of the world’s chocolate, and unfortunately they do it with rampant child labor, which harkens back to slaves picking cacao seeds on plantations back in the day. Unfortunately, some things never change, and where there is a popular treat to be enjoyed, you can be assured that someone is being exploited in its production. 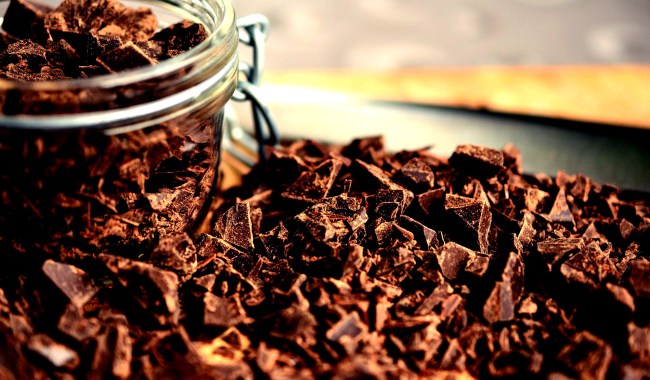 In 2010, the chocolate genome was worked out, which has only increased production and has allowed scientists to experiment with new ways to make its extraction more efficient and new ways for us to love and enjoy our chocolate treats. From there, who knows what’s in store for all of us chocolate lovers? All I know is that whether it’s deep, rich chocolate, the kind our ancient Mexican brothers and sisters learned to enjoy in their liquors, which is something we need to bring back in my opinion, because who doesn’t want to get blasted while sucking down all that chocolatey goodness? Or whether it’s silky smooth milk chocolate, the kind that we most enjoy on days like Halloween, we now have an abundance of ways to enjoy this awesome treat.

From the Olmecs, who really got the ball rolling, to Coenraad Van Houten to Joseph Fry, Daniel Peter and Milton S. Hershey, we have so many people to thank for bringing chocolate into our lives. So, on this Halloween, why not enjoy some rich chocolatey goodness? Whether it’s the sweet Hershey milk chocolate bars, or mixed with nougaty goodness in the form of other, bolder candy bars, get your fill like you did when you were a kid. Scarf down that chocolate until you’re this close to a stomach ache. And then wake up in the morning and wash it all down with some delicious chocolate milk.

As you can see, chocolate has taken over our lives, and so on this Halloween, give thanks to the Olmecs and all that followed, because if it wasn’t for them it would be all candy corn and raisins and nobody needs that. Trick or treat, friends and lady friends, and make chocolate the centerpiece of this holiest of holidays. Happy Halloween, everybody!