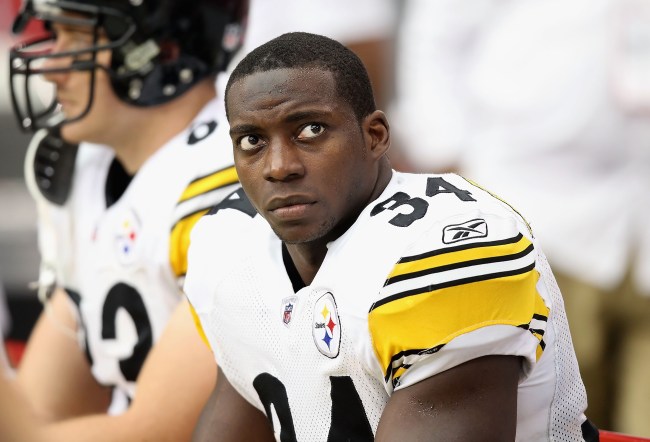 On this day in 2011, President Barack Obama announced the death of Osama bin Laden during a U.S. commando operation after a decade of trying to hunt down the mastermind behind the greatest terror attack on U.S. soil in history.

It was a day when there was no wiggle room for hot takes or bipartisan squabbles. It was a victory for all Americans, from the kumbaya, bleeding-heart Democrats with Co-exist bumper stickers on their Suburu Outbacks to Texas Republicans who were born with a shotgun in their hands an a wad of Grizzly long cut in their lips.

And then there was former Steelers running back Rashard Mendenhall. Mendenhall, who was in his fourth season with the Steelers and had solidified himself as one of the best dual-threat backs in the league, made a big oopsie when he decided to play mega-contrarian in the wake of bin Laden’s death.

Hitler actually wasn’t that bad of a dude when you got him buzzed up and talking about chicks. What dude!

(Mind you, after his six years in the league, Mendenhall scored himself a job as a TV writer on HBO’s Ballers. He worked his way up from staff writer to executive story editor.)

in defense of Mendenhall, he was just a 21-year-old kid at the time who may have been enjoying his first year of legal drinking. I’m going to choose to believe that he got so blasted on absinthe that he started seeing hallucinations. That is the only explanation I can think of that could rationalize being a ‘Pro-Osama’ guy.