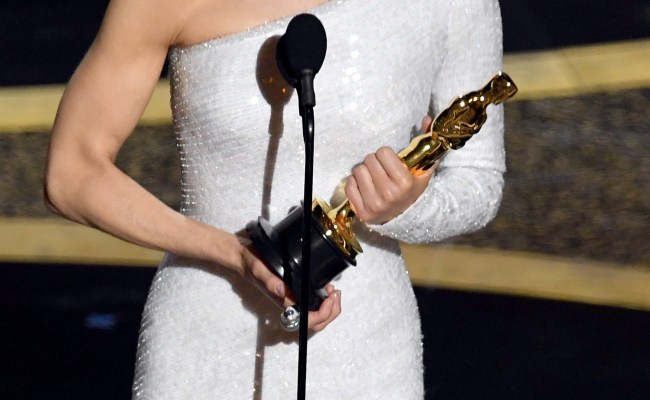 Five years after the Academy awarded all 20 acting nominations to white actors for the first of two straight years, setting Twitter ablaze in the process, the organization has announced new standards for Oscars eligibility in the best picture category.

From 2022, films aiming to win best picture at the Oscars will have to turn in a confidential “inclusion standard form.” And from 2024, the Academy will require a film to meet two of four mandates to qualify for the top prize in film.

Starting with the 2024 Oscars, a film must meet 2 of the following 4 standards to be eligible for Oscar’s biggest prize: pic.twitter.com/pTqGmT2yAl

According to the Wrap, this isn’t the first time the Academy used outside factors to determine eligibility. In the 1950s, it disqualified anyone who had been a member of the Communist party or who had refused to testify before the House Un-American Activities Committee.

They swiftly and strongly rescinded on this decision.

Many believe that this new mandate will be viewed similarly in retrospect.

All for diversity, but this is so silly. With this logic movies like Parasite or Little Women (some of last years best movies) wouldn’t qualify for the Oscars because there’s not a diverse cast. It’s Hollywood’s job to give more POC opportunities, not the Oscars. https://t.co/WpuSaAW2mY

The Left has already ruined comedy and professional sports in the name of political correctness, now they’ve got their sights set on film https://t.co/RVv0gMmXvb

I deleted my first tweet about the new rules for best movie OSCARS because I feel it was a poor analogy & misrepresented my viewpoint. I am 100% behind diversity inclusion & tolerance. I’m opposed to MANDATED ARBITRARY percentages relating to hiring human beings in any business.

So winners will just be those who produce ‘correct ‘ films. Same here in the UK with BAFTAs. Creativity will be entirely compromised by ideological restrictions. And going woke will eventually mean going broke https://t.co/KnLmOlaE9C via @DailyMailCeleb

Nothing says artistic freedom like forcing social justice activism on filmmakers in order to recognize their work. https://t.co/OiIgQhR1s8

So minority filmmakers will be left wondering if their movie was actually good or the Academy simply had a box to check.

Either way, I will continue to not watch.

All Oscar-winners will now require a lady to f*** a fish https://t.co/OQXOxDqwI7

“The aperture must widen to reflect our diverse global population in both the creation of motion pictures and in the audiences who connect with them. The Academy is committed to playing a vital role in helping make this a reality. We believe these inclusion standards will be a catalyst for long-lasting, essential change in our industry.”

This is a good thing. If you don't think so, you're just close-minded and probably not someone who deserves to be making movies. https://t.co/9bHrCCSte6