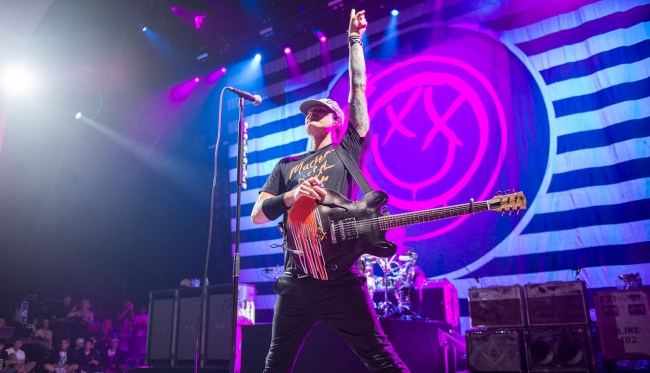 As we continuously march into the future, the topic of alien life slowly but surely has become more and more a part of the general population’s consciousness. Just take Presidential candidate Bernie Sanders, who has promised to declassify information about extraterrestrial life should he be elected.

And as the public’s awareness of potential alien life increases, so does our government’s research into the topic, as evidenced by the U.S. Army recent granting over $750,000 to Tom DeLonge’s To The Stars Academy.

The Army has joined the extraterrestrial fray in a big way, inking a contract with DeLonge’s TTSA to collaborate in the study of “exotic” metals that both parties hope will lead to the development of advanced technologies.

As part of the agreement, the Army’s Ground Vehicle System Center and Ground Vehicle Survivability and Protection component will lend research resources, including laboratories, to TTSA, which in turn will leverage what the company asserts are alien metals capable of enhancing the effectiveness of Army vehicles.

To the Stars claims to have “acquired, designed, or produced” these materials, which can offer an array of futuristic modifications like active camouflage, beamed energy propulsion, inertial mass reduction, and quantum communication.

The Army will make a $750,000 commitment to TTSA research as part of the five-year collaboration. [via ArmyTimes]

That’s right, folks, the man who once poetically opined “shit, piss, fuck, cunt, cocksucker, motherfucker, tits, fart, turd, and twat” has been given nearly a million dollars by our beloved United States government. What a time to be alive.

To be fair, though, DeLonge’s To The Stars Academy has become more of a legitimate player in the space (pun intended) in recent years.