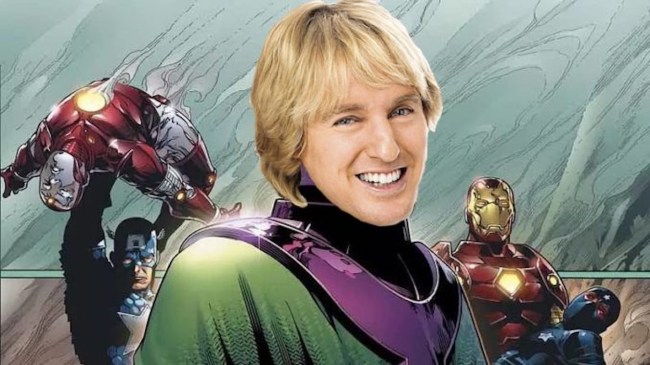 While Disney has done their best to keep Owen Wilson’s role in the Disney+ series Loki under wraps, recently released behind-the-scenes set photos seem to reveal who the elder Wilson will be playing in the upcoming Marvel Cinematic Universe Phase 4 entry: Kang the Conquerer.

Wilson ultimately portraying Kang the Conquerer certainly tracks with the rumors we’ve heard about the series thus far, as we reported back in February that the potential MCU-shifting villain would debut in Loki.

Additionally, fan theories have suggested that Kang was actually created by the Avengers themselves with all of their time travel shenanigans in Avengers: Endgame, which would line up with the character debuting in Loki, considering he also engaged in some timeline fuckery in the film when he absconded with the Tesseract.

BREAKING: First images of Tom
Hiddleston on the set of ‘LOKI’ 🚨 pic.twitter.com/ckKfmh7g9f

Fans also got a first glimpse at Owen Wilson, who was announced to be playing a major role back in the series back in January. In the new images, Wilson can be seen in a hooded coat with the TVA logo.

Currently, there’s no official work on who Wilson will be playing in Loki, but once rumors started to circulate that Kang would be a part of the show, many wondered if Wilson could be playing the longtime Fantastic Four villain. The latest chatter is rooted in a speculative piece by scooper Charles Murphy, who’s drawing lines between the actor and the role. Though far from confirmation or claiming it as an exclusive, Murphy suggests there has been some evidence Marvel is going great lengths to protect the actor’s role. While the new set photos don’t support this theory, you never really know with Marvel. [via ComicBook]