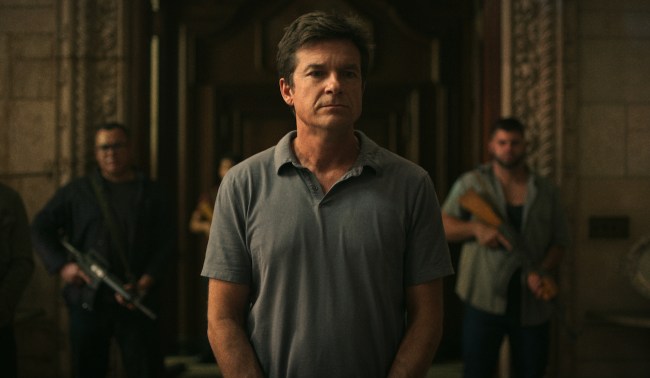 Last week, as news of Netflix’s stock dropping a stunning 35% broke, I found myself wondering — partially due to the new Josh Brolin-starring Western sci-fi series Outer Range over on Amazon Prime Video — when the last time they released a new series that hooked with me with the simple, classic combination of a recognizable, well-liked star and a fascinating concept.

When’s the last time Netflix released a new show that made you say “Oh XYZ is in this? I love XYZ!” ?

I ask this because I’m sitting here watching #OuterRange screeners trying to remember the last time Netflix hooked me with the simple combination of a star and a cool concept.

Despite the fact that Netflix spends literal billions of dollars on hundreds of news shows and films per year, it’s hard to think of many that actually resonate throughout pop culture. You could argue that, despite first premiering in 2016, Stranger Things remains the streamer’s most ubiquitous, omnipotent pop-cultural staple.

RELATED: Netflix Is Being Hunted By The Very Monster They Created

While Stranger Things may be the best example, it certainly isn’t the only one, though, as Netflix has had a handful of series break through to “everyone has seen this show” level, perhaps most notably the Jason Bateman vehicle Ozark, which first premiered in 2017. Similar to Stranger Things, albeit much sooner, Ozark is nearing the end of its run as the final batch of episodes — part two of season four — will hit the streaming service later this month.

With the final seven episodes of the hit drama set to hit Netflix on Friday, April 29, the review embargo has officially lifted and many critics are hailing the final stretch as being as epic as the show itself.

“Whether you’ve been hooked since that first scene or grew weary during the bleak ensuing seasons, Ozark remains true to itself as it comes to a close. Even if you see the Byrdes’ felonious odyssey as a metaphor for the perils and pitfalls of a long-term marriage, raising children, and/or preserving the American ideal of family, the conclusion should click cleanly into place,” wrote IndieWire.

“Perhaps, in years to come, Ozark will be looked back on without reference to Breaking Bad, but not just yet. If Marty and Ruth feel like Walter and Jesse, then they too are deserving of a blaze of glory in which to go out. The result is an ending that’s unbearably tense, obliquely poignant, and some of the best event TV we’ve seen on any streaming service,” says The Independent.

“Although some of its narrative choices will surely divide audiences, the show’s final run of episodes is among the series’ strongest. “Ozark” course-corrects much of what made the first half of the season frustrating, and, with nothing left to lose, it pulls out all the narrative stops,” The Playlist posits.

“Ozark season 4 part 2 is undeniably still Ozark. There’s the familiar measured pacing, weighty themes, complicated storylines concerned with deals, betrayals, and murders that eventually come together. It’s a season that takes us slowly to the end, and doesn’t go out with a bang so much as a controlled burn. That’s all very Ozark, but, after the breathtaking twists and turns of part 1, it all feels anticlimactic,” GamesRadar writes.

The final seven episodes of Ozark will all hit Netflix on Friday, April 29. The first three seasons and Part One of season four are currently on the service.

RELATED: ‘Ozark’ Star Alfonso Herrera Discusses What It Was Like Beating Up His Boss Jason Bateman (Exclusive)