The Electric First Trailer For Season 3 Of ‘Ozark’ Is Here 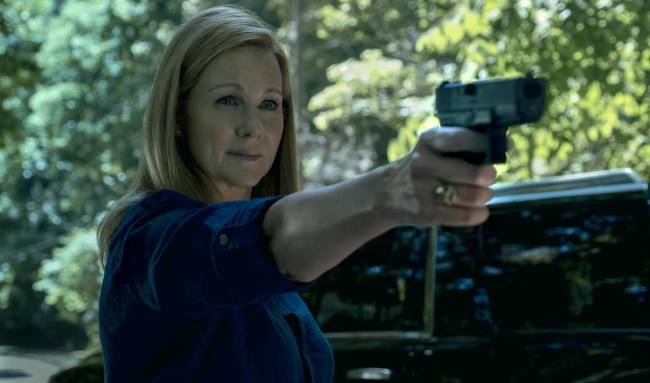 One of Netflix’s best and most successful original drama series is on the verge of returning, as the streaming giant has just released the first trailer for season 3 of Ozark ahead of its March 27 premiere.

Ozark enters its third season with an all-time hype, as it is coming off of two big wins at last year’s Emmy Awards: Jason Bateman, who also stars in the series, won for Best Directing for his work on the season two premiere episode “Reparations”, while Julia Garner won for Best Supporting Actress for her performance as Ruth Langmore. In total, the series has earned 14 Emmy Award nominations over the course of its first two seasons.

Here’s the official synopsis for the upcoming third season, courtesy of Netflix:

“It’s six months later, the casino is up and running, but Marty and Wendy are fighting for control of the family’s destiny. Marty preaches keeping the status quo. Aided by an alliance with Helen and drug cartel leader Omar Navarro, Wendy plots for expansion. But when Wendy’s brother Ben comes into town, everyone’s lives are thrown into chaos.”

Given the steady escalation of the Byrde’s illegality with each passing season, it should come as no surprise that this upcoming 10-episode third season looks like it’s going to be the series’ most intense run of episodes yet.