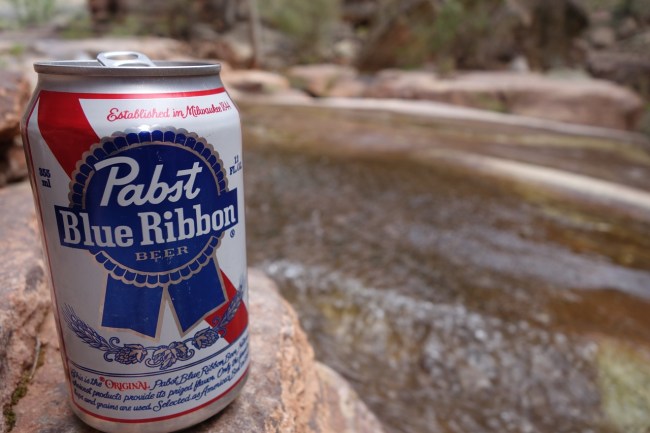 The hipster era may have finally come to an end but the ironic mustache-sporting, kale-eating, vinyl-listening, unicycle-riding denizens of Brooklyn and Portland left an indelible mark on the world that will likely be felt for years to come.

There were more than a few cornerstones of the hipster movement but you can’t talk about them without mentioning Pabst Blue Ribbon, the beloved brew that they turned to when they weren’t guzzling down craft beer in bars illuminated by Edison bulbs.

PBR might no longer be the cultural force it once was as beer drinkers start to gravitate away from traditional brands in favor of triple-hopped IPAs that cost $20 for a four-pack but it remains a dive bars staple—the kind of brew you turn to when you’re in the mood for a beer and a shot to take the edge off after a long day.

Now, according to MiBiz, it looks like Pabst is doing what it can to make happy hour a little happier by dipping its toes into the world of spirits with a whiskey of its own. 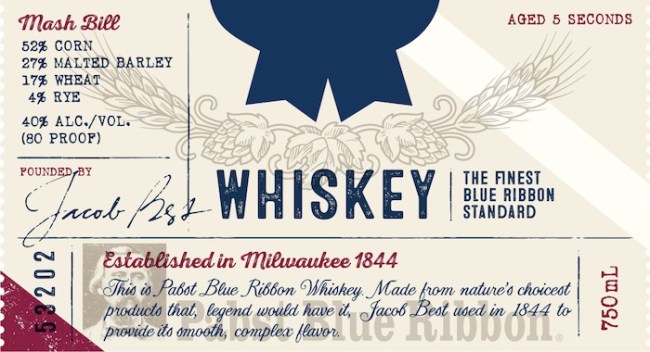 While Pabst declined to provide any real details to the outlet, it appears they’ve teamed up with Michigan’s New Holland Brewing—which, despite its name, also distills various liquors—to produce the new whiskey, which appears to be a bourbon based on the mash bill featured on the label that was recently approved by the Alcohol and Tobacco Tax and Trade Bureau.

I have to admit I’m a bit skeptical of any whiskey that brags about being “aged for five seconds,” but as someone who still drinks PBR even though it might not be “cool” anymore, that’s probably not going to stop me from giving it a taste when it drops.