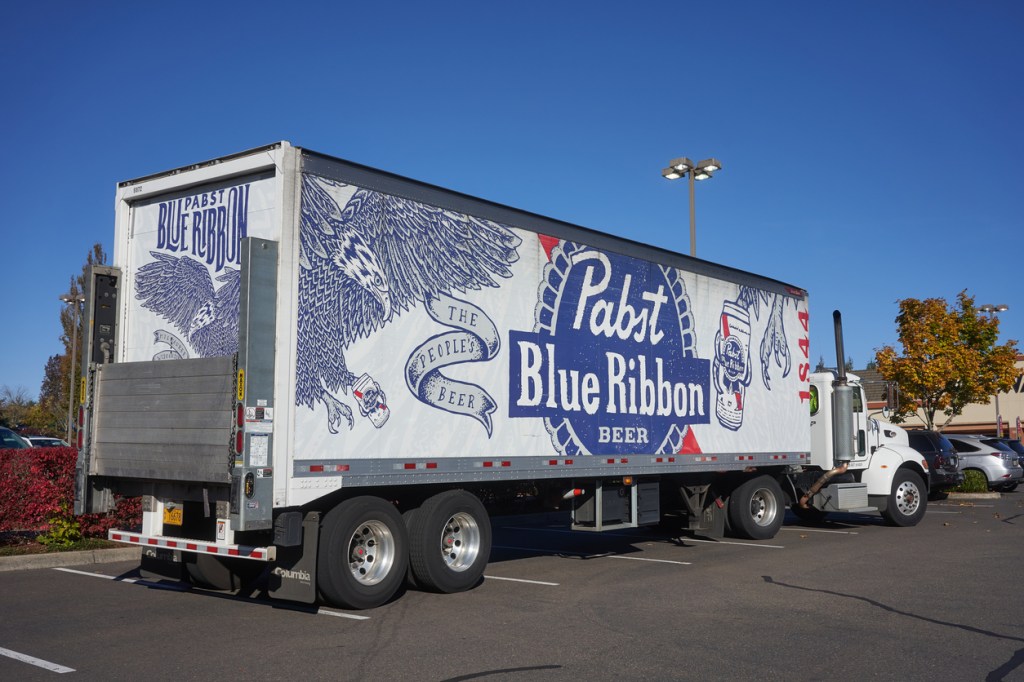 As someone who spends a great deal of time writing about bourbon and other spirits, I think Dry January is one of the dumbest things on the calendar year. Can’t you just drink in moderation all year long? Do you really need to take an entire month off because some marketer told you to?

UPDATE: It appears as if the Pabst Blue Ribbon employee who sent the tweets has been fired

I just got a reliable scoop that the person who sent this tweet has been fired.

that’s one way to put in your resignation i guess https://t.co/zkx8jUY6Bd

Calling them a "rogue employee" makes it sound like it was someone disgruntled or on their way out…but Pabst's explanation sounds more like an SMM with no oversight and a horrible idea–“The tweets in question were written in poor judgment by one of our associates." https://t.co/GGCI1Wz92E

“We apologize about the language and content of our recent tweets. The tweets in question were written in poor judgment by one of our associates. In no way does the content of these tweets reflect the values of Pabst and our Associates. We’re handling the matter internally and have removed the tweets from our social platforms.” 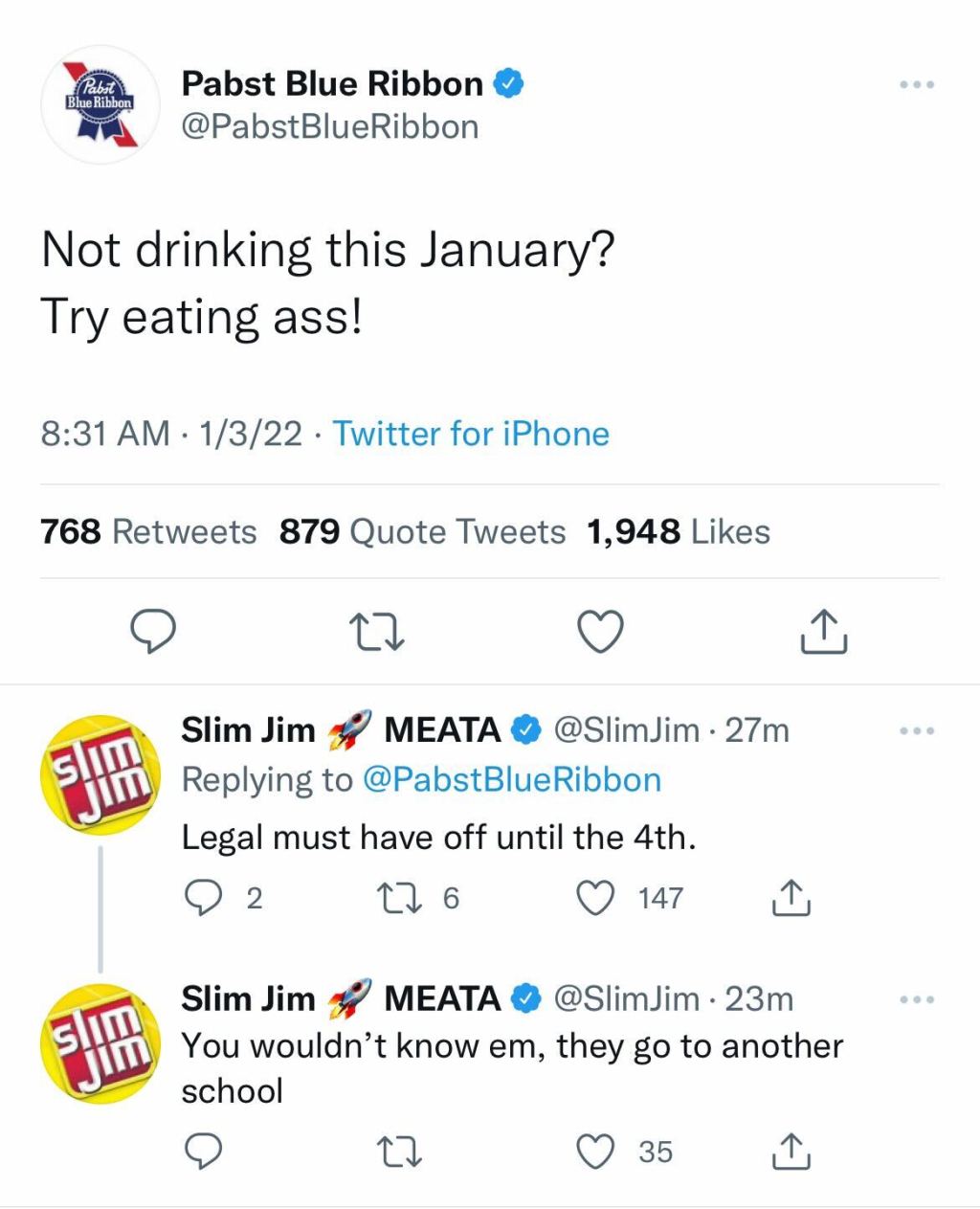 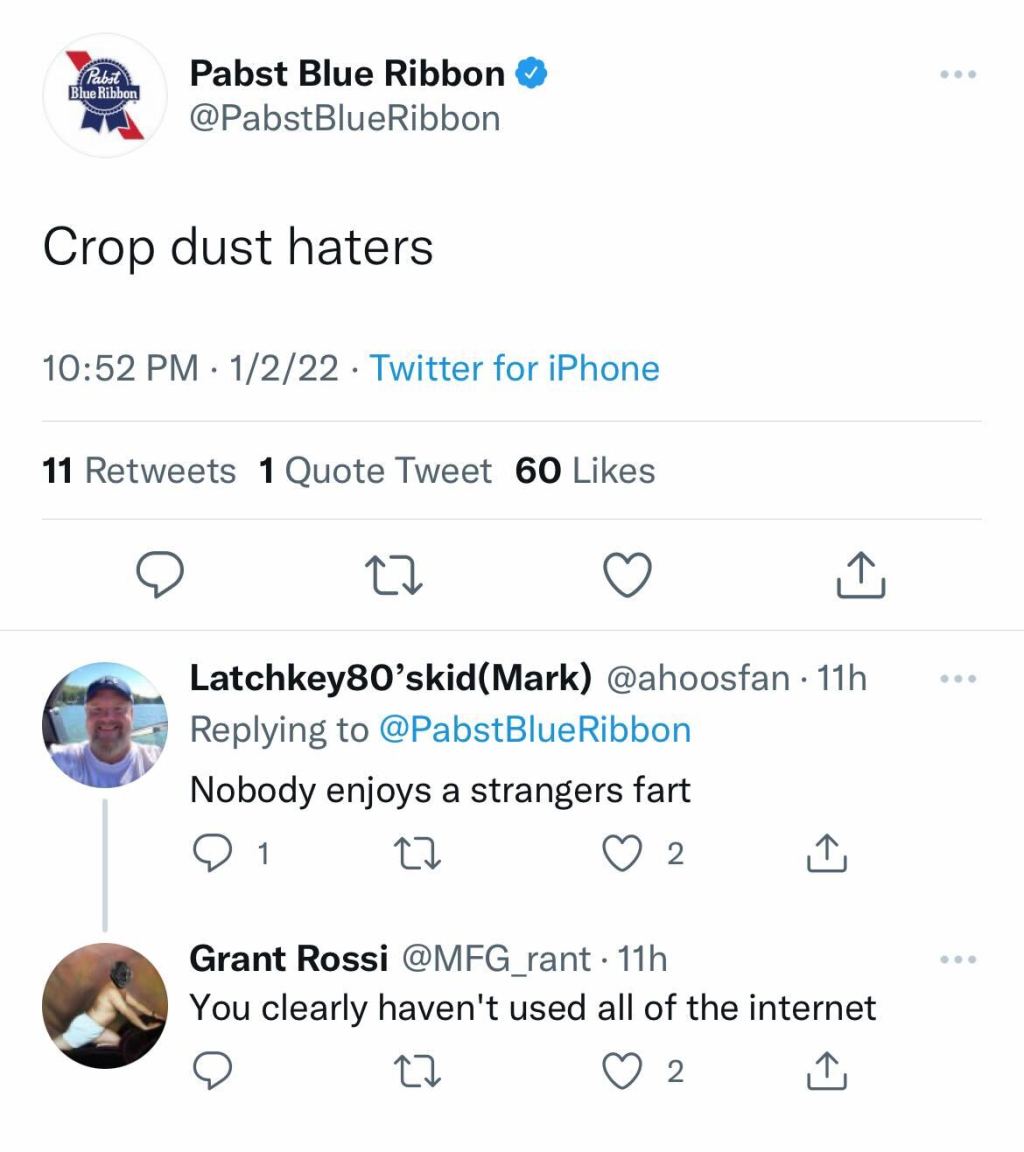 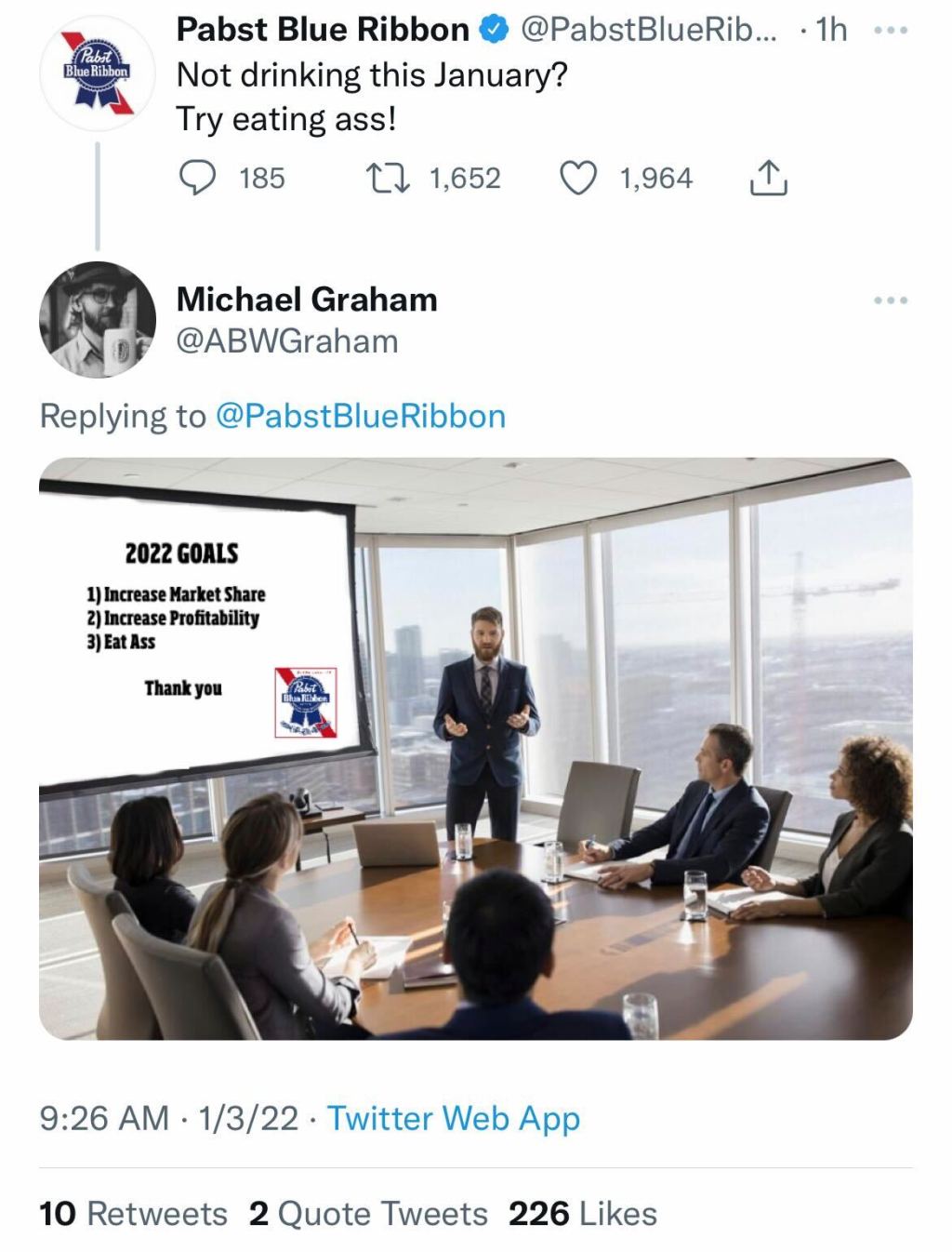 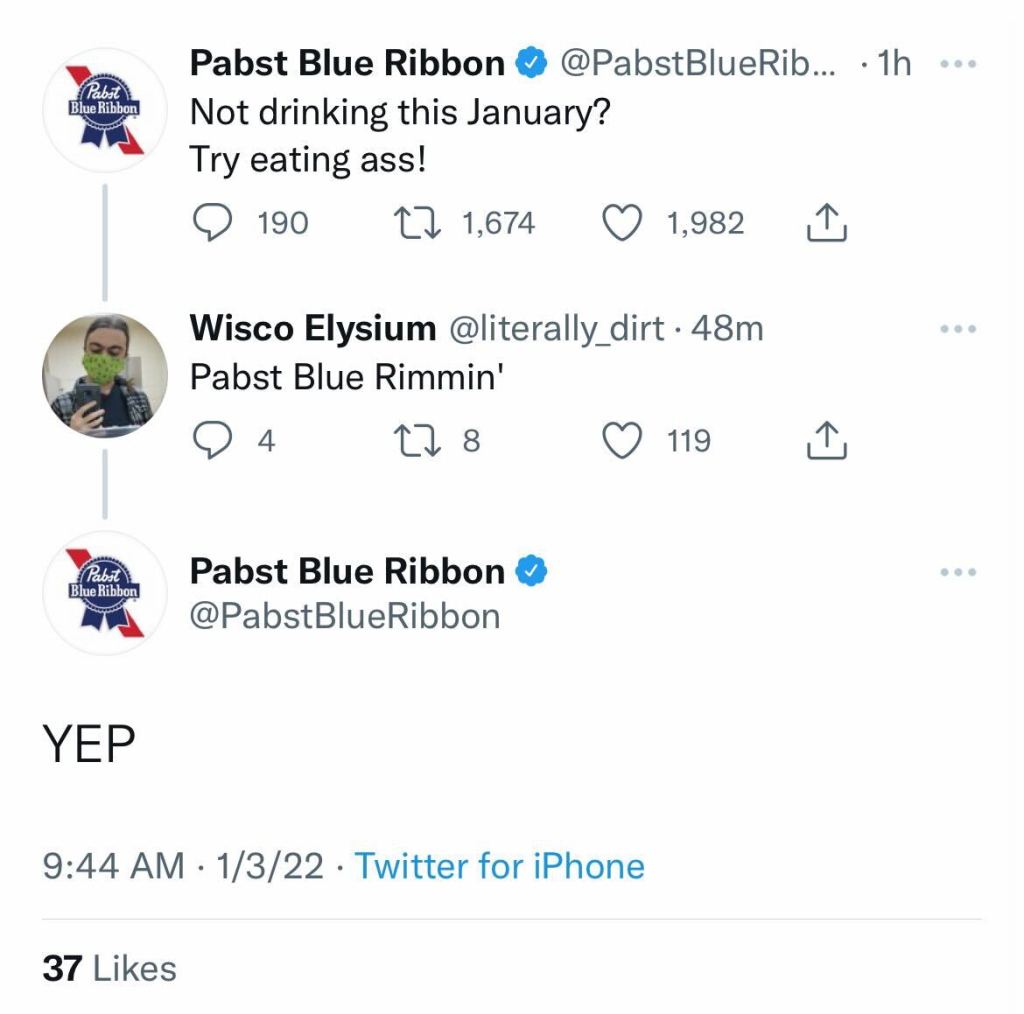 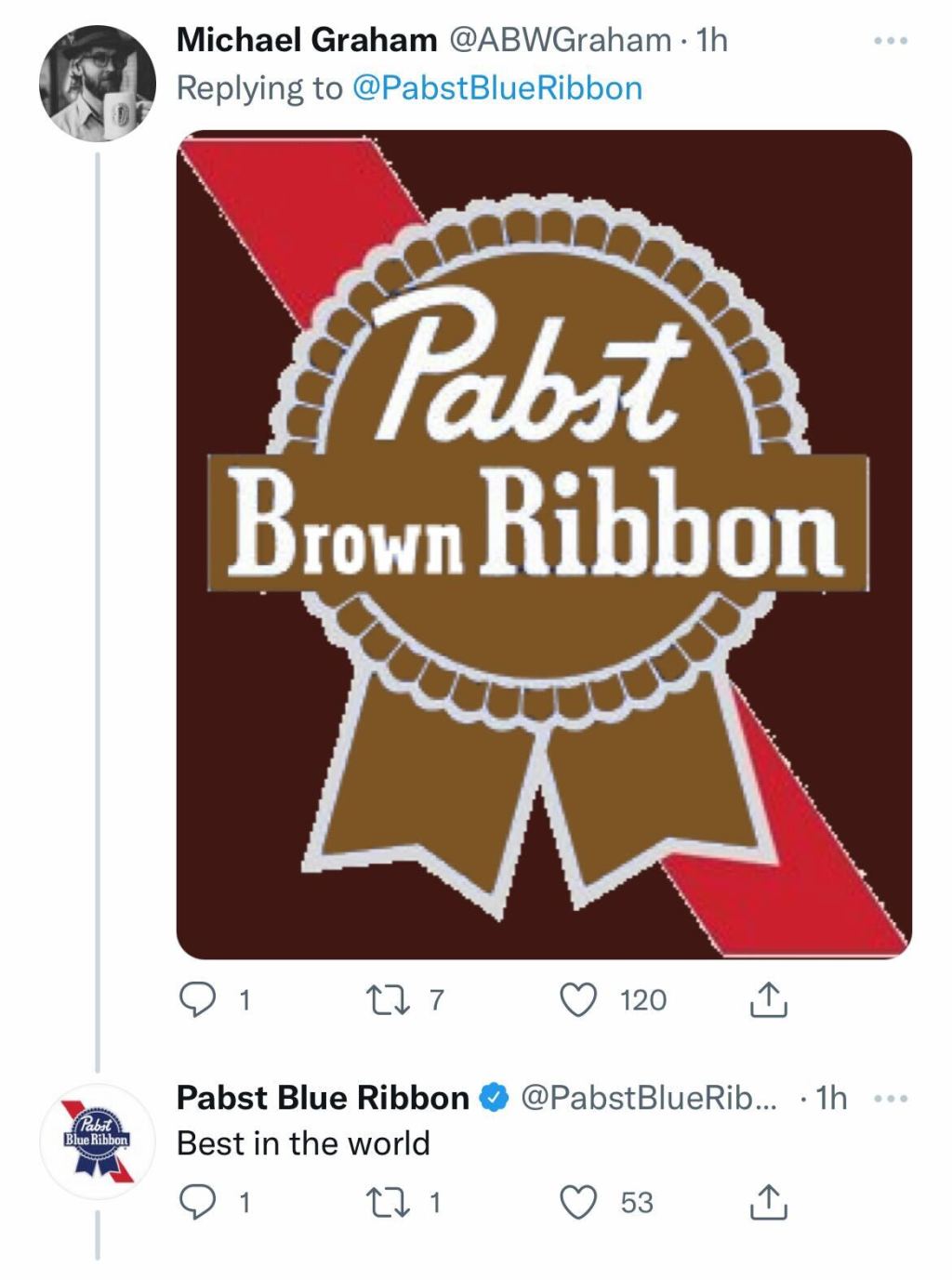 Truly thought this was our tweet at first. https://t.co/y9RF9iTFc3

I’m not fully clear on whether or not the Pabst Blue Ribbon Twitter account is really just going for it to start the year. Or if it’s possible that someone hacked the PBR Twitter and/or is trying to quit their job to start 2022. Either way, I’m loving the tweets and replies. We need more of this from brands in 2022.

There’s also this whole ‘PBR is Wet’ thing that they seem to be trying to push and most people (myself included) don’t really get it.

What did the dolphins do to you https://t.co/deranUcGQy

Can’t believe this needs to be said but just to be clear WJ isn’t about *drinking* or *not drinking* it’s all about getting and staying WHET https://t.co/B5LDOKrK2C

In a perfect world, I’d like to imagine that this massive brand has given their social media manager free rein to do and say whatever they want on social media. I hope that’s the case. If it turns out they were hacked or someone is getting fired, that sucks.