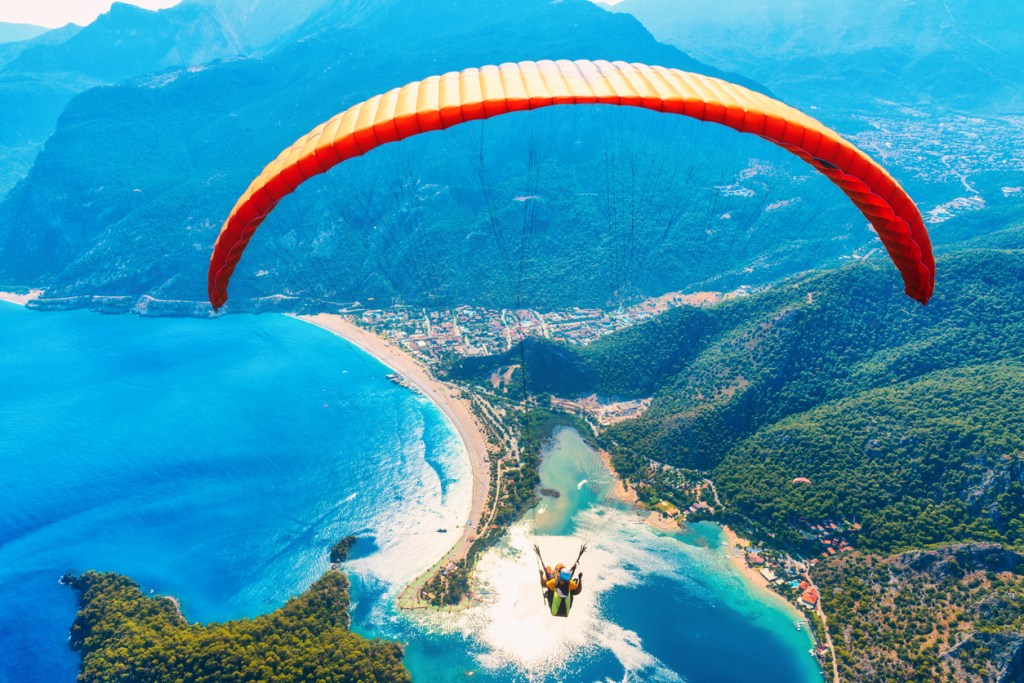 All things considered, skydiving is incredibly safe. This isn’t skydiving, it’s paragliding, but the risk of fatality for a tandem jump (in skydiving) is just 1-in-500,000 and it’s 1-in-220,301 for solo jumps.

This paraglider almost became a statistic. Instead, she managed to compose herself in a deadly freefall and survived.

She attempted that move and lost control. She then slipped into a deadly freefall after the main parachute failed and got all sorts of twisted. In order to stave off a rapidly approaching death, she pulls her backup parachute. That fails. So she collects herself, detangles so she can get to the backup reserve, and her life is saved by the backup’s backup.

This all went down in Ölüdeniz, Turkey over gorgeous water. Aaaaand here it is on video from a camera that was hooked into her parachute.

She would later tell local news that it was wrong timing which caused her to fall into her paraglider’s canopy and lead to this terrifying freefall. And it was instinct that saved her life:

“I was just managing the situation. In the moment, I wasn’t thinking, I was just acting. When I saw that my first reserve did not open, I just had to get the other one out.

“At that moment I thought ‘this is basically my last chance so it has to open’.” (via The Sun)

After deploying her 3rd parachute, the backup to the backup, 20-year-old Maud Perrin would land in the water but she was quickly picked up and rescued by a boat.

Once she looked back at the footage of her freefall, she was able to diagnose part of what went wrong. She was pulling on the brakes when opening the reserve parachute and that at least exacerbated the issue.

It also helped that she’s the 2021 French champion in this sport, something I didn’t even know that people competed in. I thought this was all for fun. Here she is living her best life and not