For Some Reason, No One Is Eating At An All-Nude Restaurant In Paris, But I Bet I Can Guess Why 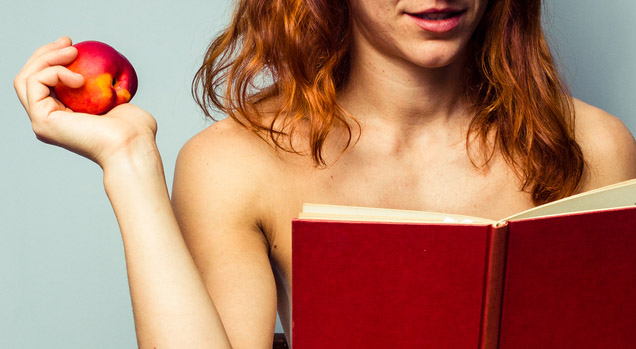 Paris’ first all-nude restaurant, O’Naturel, will be closing its doors on February 16th because, for some odd reason, no one wants to eat there. Go figure.

The all-nude eating establishment will have only managed to last 15 months since its grand opening back in November 2017.

My guess as to why not enough people were patronizing O’Naturel? I’m just spitballing here, but… I bet it was because of ALL THE NAKED PEOPLE.

Besides, why go there when we can just do this…

The restaurant is the brainchild of 42-year-old twins Mike and Stephane Saada.

Former insurance salesmen, they aren’t nudists themselves — but they spotted a money-making opportunity in a country that enjoys a reputation as a top naturist holiday destination.

“People only get to be nudists in the summer,” explained Stephane.

Back then, Yves Leclerc, the president of the French Naturist Federation, expressed much excitement about the all-nude eatery.

“We’re in the heart of Paris and we’re eating naked. It’s a little surreal,” he said, sitting at one of the restaurant’s 20 tables.

“It’s like when we’re on holiday, but it’s even better,” he said, lamenting that at home, in Leucate on the southwest coast, “I have to put my clothes on to go to a restaurant.”

Apparently not enough people wanted to join him in these naked nights out.

“It is with great regret that we announce the definitive closing of the O’Naturel restaurant on Saturday, February 16, 2019,” the owners wrote on their website.

“Thank you for having participated in this adventure by coming to dine at O’Naturel. We will only remember the good times, meeting beautiful people and customers who were delighted to share exceptional moments.”