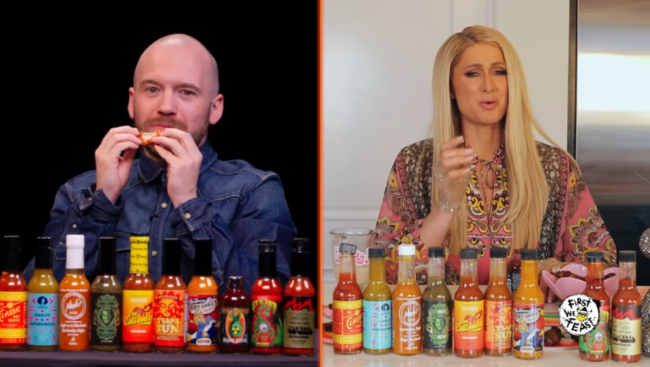 Am I crazy or does it seem like there is no way Paris Hilton can possibly be 40-years-old?

That’s right. Paris freaking Hilton is 40! What. The hell?

It seems like only yesterday that Paris was plucked from obscurity and thrust into the national consciousness thanks to millions or people watching Hilton’s… TV show, The Simple Life. (What did you think I was going to say there?)

Now she is an entrepreneur, a DJ, and a… business mogul? Yep, the woman who claims to have invented the selfie has sold BILLIONS of dollars worth of perfume. Hilton at one point, according to one report, had 50 stores and 19 different product lines.

Hilton even released a documentary called This is Paris which has almost 21 million views on YouTube.

As Hilton dueled with the wings of death she and Evans discussed numerous fascinating topics such as the perils of drinks in the DJ booth, how to avoid scams when ordering bottle service, the weirdest product licensing pitch she’s ever received, dealing with the paparazzi, being the “original influencer,” hanging out at the F1 Monaco Grand Prix, and much, much more.