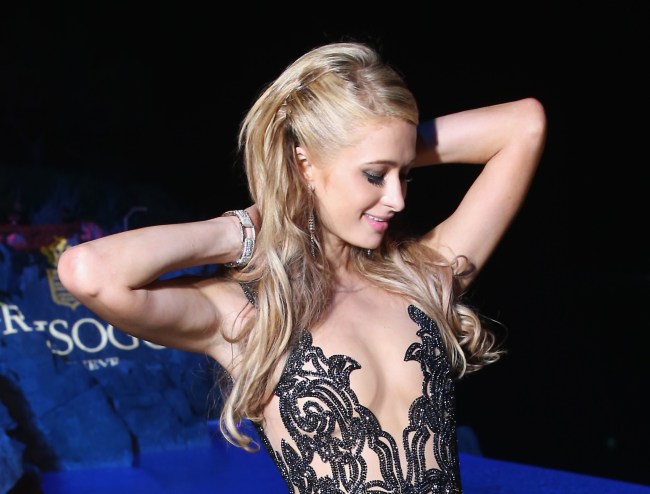 I don’t know Paris Hilton. I’m sure she’s a nice enough person. We all know her public persona which is that of an airhead. I’ve met her before at the Hotel du Cap-Eden-Roc and in the 3-seconds it took me to photobomb her taking a picture with a friend I can’t say I gleaned any insights into her personality that I couldn’t learn from seeing her on TV or social media. So, for the purposes of this article I think we should all agree that 1) Paris Hilton is a brilliant self-marketer and 2) Paris Hilton is obsessed with Paris Hilton.

Over the weekend, she fired off a tweet with the caption ‘tell me something I don’t know’ with an expression on her face that suggests she’s some omniscient being. Her caption wasn’t meant for anything more than describing her know-it-all look, but Twitter has been dropping the most spectacular responses for days. There are already 11K+ responses to the tweet, with everyone dropping obscure pieces of trivia. If you’re up for learning some random ass trivia that might help you win the next game of HQ Trivia then buckle up because these responses are amazing:

Tell me something I don't know…. pic.twitter.com/bxmzLFekrX

Muff is a small village on the banks of the Foyle estuary in Donegal Ireland and yes it has a diving club…@mulleralexander pic.twitter.com/mro0Rsq7nH

Every odd number that exists has the letter "e" in it. https://t.co/afeo843tF1

In the state of Utah, it's illegal to have sex with the lights on.

Your body contains about 1.6 pounds of phosphorus.

Most of it is in your bones.

Lake City Minnesota USA is the birthplace of waterskiing.

A new John Coltrane album came out on Friday. https://t.co/VwKbqKFmHt

Many millipedes smell like cherries and will fluoresce under a blacklight!

Despite conventional wisdom, there is very little good evidence that stretching reduces the risk of injury. I haven’t stretched in over a decade.

14 human feet have washed ashore in British Columbia since 2008

The Holy Roman Empire was neither holy, nor Roman, nor an Empire

Any right-angled triangle, the square of the length of the hypotenuse equals the sum of the squares of the lengths of the other two sides. https://t.co/RzaW7BhPvU

The tweets just keep going on and on. And it’s unfortunate, but Twitter makes it impossible to search the quote tweets which are the best responses. By the way, if you’re not following me on Twitter at @casspa and want to, you can find my stream of extremely average tweets by following along here:

‘aeriously’ is the shortest word with all the vowels appearing in alphabetical order. https://t.co/UVmyTz9oQD