What Should The Punishment Be For This Lady Who Caused A 7 Hour Delay After Opening The Plane’s Emergency Exit Thinking It Was The Bathroom? 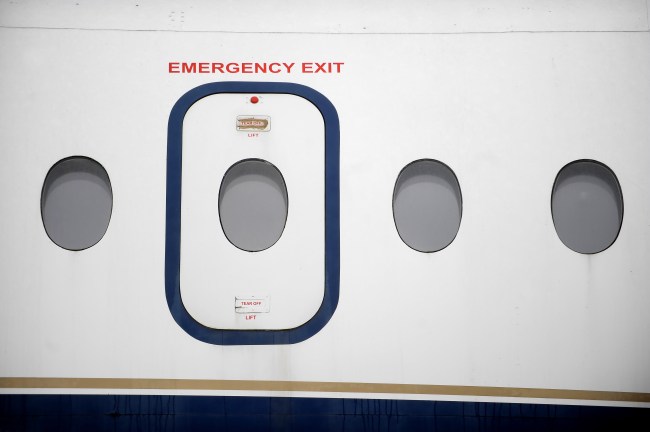 The flying process is a giant pain in the rump as is. You have to get there like two hours early, make sure you emptied your carry on bags of shampoo and class D drugs, take your damn shoes off on that nasty ass floor going through security, wait until your zone boards, and then hope you’re not sitting next to an obese person.

The process would make a monk irritated, but now imagine some passenger doing something unprecedentedly stupid to extend the flying misery for SEVEN more hours.

Welp, the passengers of Pakistan International Airlines flight from Manchester, England to Islamabad, Pakistan on Friday had to suffer through just that after an elderly passenger accidentally opened an emergency exit door thinking it was the bathroom door. Fortunately, the plane was still on the ground when the women yanked open the door.

Forty passengers were offloaded following the incident, during which “the exit slide deployed automatically,” PIA said in a statement to CNN. The lost exit slide resulted in the aircraft losing its evacuation capacity, forcing 38 passengers to catch a later plane to follow mandate.

The plane, which was scheduled to take off at 9:20 pm, ended up leaving Manchester at 5 am the following morning.

The proper punishment: Stick this woman in an overheard bin for the flight. Really give her some time to think about her actions.