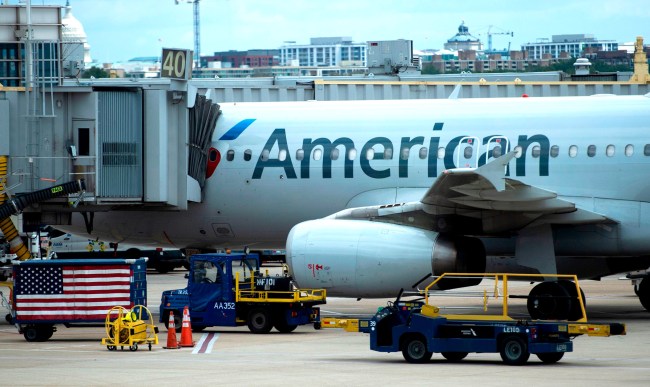 American Airlines has taken a lot of heat ever since they announced four weeks ago that they would be booking flights to full capacity without any social distancing measures.

However, since then American, along with Southwest, altered their policies to require masks be worn by every passenger two-years-old or older on their planes, regardless of whether or not the traveler has a medical exemption, and also require masks to be worn at customer service counters, kiosks, lounges, gates, and baggage claim areas.

Of course, this policy change almost immediately resulted in people citing the Americans with Disabilities Act (ADA) which prevents discrimination against those with a medical condition.

That argument, however, was quickly shot down by the Department of Justice, which stated, “The ADA does not provide a blanket exemption to people with disabilities from complying with legitimate safety requirements necessary for safe operations.”

The ADA, surprisingly, also doesn’t apply to being able to buy a pizza, as we saw on Thursday.

Naturally, because people are people, not everyone feels the need to actually follow the simplest of safety precautions and still refuse to put on a mask.

For example, a woman, let’s call her “Karen,” was recently removed from a American Airlines flight full of passengers going from Ohio to North Carolina before it could take off because she wouldn’t comply with the airline’s policy of wearing a mask.

As she was being escorted off the plane after reportedly claiming she has a medical condition that prevents her from wearing a mask, another passenger says, “Start the clap,” causing the plane to erupt into applause while she gathered up her things.

“You can clap all you want,” she then told the clapping passengers.

Passenger Jordan Slade, who took the video, told the Daily Mail, “She was argumentative from the gate. She demanded to be boarded first and was causing an obvious scene. Once boarded she was making phone calls and arguing with the attendant when asked to put her phone away.

“She also refused to wear a mask putting others on the flight at risk… Another passenger even got up to confront her about her behavior with no mask.”

Ole Karen refused to wear a mask on an @AmericanAir flight so she was KICKED OFF.

“Karen” didn’t garner much sympathy from the viewers who watched the video over 1.5 million times so far on Twitter either.

She thinks rules and common sense don’t apply to her. She has THREE carry on bags on a small express jet. She should have been denied boarding for that reason alone, if not denied for not wearing a mask. When she stops being a part of the solution she becomes the problem.

Why the hell would someone pay for a flight and then forfeit their seat because they’re too stubborn to wear a mask? Why bother buying a ticket? How long was this flight? Surely it couldn’t be more than a few hours? Crazy 😜

I am medically-permtly disabled. This EXCUSE to NOT wear a mask, claiming medical disability is bullshit! IF you ARE medically compromised/disabled, you HAVE a document that you can whip out & that ends it right there! If you do NOT have that, YOURE full of 💩 & just an ax hole🤷🏻‍♀️