PSA: You Can Apparently Get Kicked Off A Flight For Not Putting Your Phone In Airplane Mode 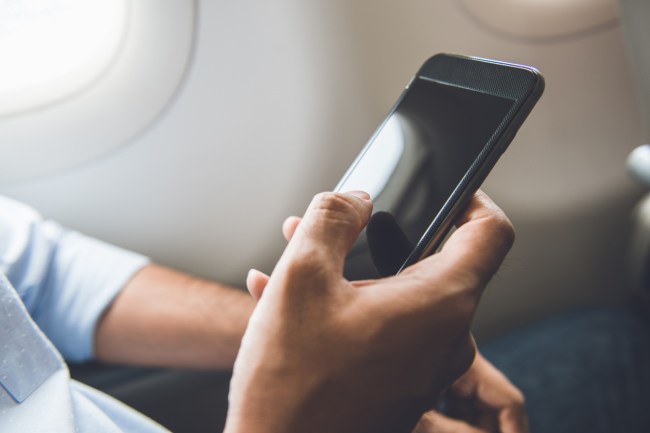 If you’ve flown more than once in your entire life, then you should have a pretty good idea about how the preflight protocol generally works. It’s fairly straightforward: you find your seat, make sure to dominate the armrest before the person next to you can, and browse the drink menu while pretending to listen to flight attendants talk about the whole “safety” thing (or, if you’re flying Virgin, do everything you can to block out that music video that still haunts me to this day).

At some point during the whole spiel, you’ll also be asked to cut yourself off from the modern world by turning your phone to “Airplane Mode.” For years, people were tricked into believing cellular signals could cause their plane to nosedive into the ground until the FCC revealed that wasn’t actually a thing. However, that hasn’t stopped airlines from changing their policy, and it turns out the potential consequences of trying to check Instagram one last time can be more serious than I ever would have imagined.

According to USA Today, five passengers— FIVE!— were kicked off of a Delta flight in Texas after a flight attendant accused a passenger of failing to turn Airplane Mode on. The power-tripping flight attendant in charge got into it with a few other passengers who actually saw what happened before deciding to kick all of them off of the plane.

A passenger shared a video of the interaction, which is filled with all of the sass and condescension I’ve learned from expect from flight attendants since dealing with one who tried to make me wait at the front of the plane for two full minutes so I didn’t get in the way of the pressing and vital task of serving people champagne in first-class (an incident that pissed me off enough to make me break my golden rule of using Twitter to complain about air travel).

So what should you do if you want to avoid a similar incident (besides actually putting your phone in Airplane Mode)? You can always fly United— unless you want them to kill your dog or forcibly drag you off a plane. If neither of those fates appeal to you, I guess Southwest is an option (unless you’re afraid of getting sucked out of a window). You could always fly American but they lost some points in my eyes after kicking off a hero in first-class who brought drinks to his friends in economy.

At least we have… Spirit? Jesus. Maybe the best move is just to never fly again.