Legendary Stand-Up Patrice O’Neal Getting His Own Documentary On Comedy Central, To Be Produced By Bill Burr’s Studio 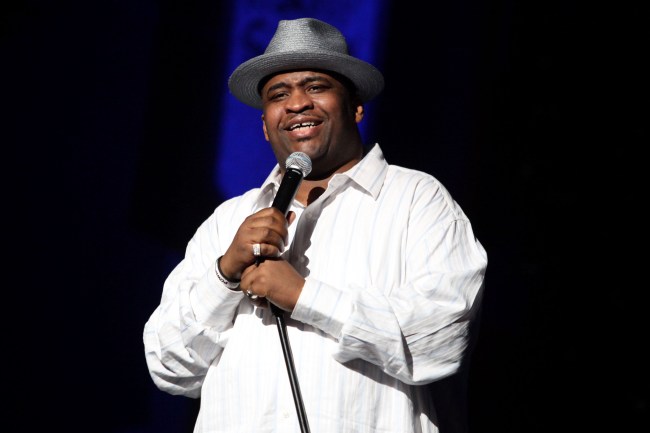 Legendary comedian Patrice O’Neal is deservedly getting his own documentary about his life. The Patrice O’Neal documentary will be produced by All Things Comedy, the studio and content house created by comedians Bill Burr and Al Madrigal for Comedy Central.

The upcoming Patrice O’Neal documentary will begin filming this fall. The film will be directed by Michael Bonfiglio (from Gary Gulman’s The Great Depresh comedy special), All Things Comedy’s Michael Bertolina, and O’Neal’s fiancée Von Decarlo.

“So happy that Mike Bonfiglio and Comedy Central are going to make this happen,” Bill Burr said. “Patrice was the best that I ever saw.“

The Patrice doc will feature never-before-seen personal materials and interviews with the O’Neal’s family, friends, and fellow comedians. The documentary will put Patrice “into the context of the time as well as today.”

“Patrice was a tour de force in comedy who left an indelible stamp on the stand-up community and beyond,” Comedy Central execs Sarah Babineau and Jonas Larsen said about the project. “Comedy Central had the incredible opportunity to work with him throughout his career from Tough Crowd with Colin Quinn, to the Comedy Central Roast of Charlie Sheen and to his last stand-up special Elephant in the Room. Patrice was a fearless and fierce comedian and we’re honored to be able to shine a light on his life and career with this documentary.”

“I am very excited and proud to have gotten this project in the hands of Comedy Central, and now with Bill Burr and All Things Comedy aboard, as well as, our director Michael Bonfiglio,” said Von Decarlo. “This makes for an absolute dream team to help his mother and I bring Patrice’s story to the masses, and solidify his legacy for generations to come.”

Patrice O’Neal was already a stand-up star, but months before his death, he was on the verge of breaking out to become a comedy giant in 2011. O’Neal released his uproarious Comedy Central special Elephant in the Room on February 19, 2011, that received an 8.2 rating on IMDB. Patrice stole the show when he was one of the roasters on The Comedy Central Roast of Charlie Sheen that aired on September 19, 2011. Sadly, O’Neal died on November 29, 2011, at the young age of 41 because of a stroke caused by his type 2 diabetes.

There was a Patrice O’Neal documentary titled I’m Better Than You released in 2015 and funded by Indiegogo.