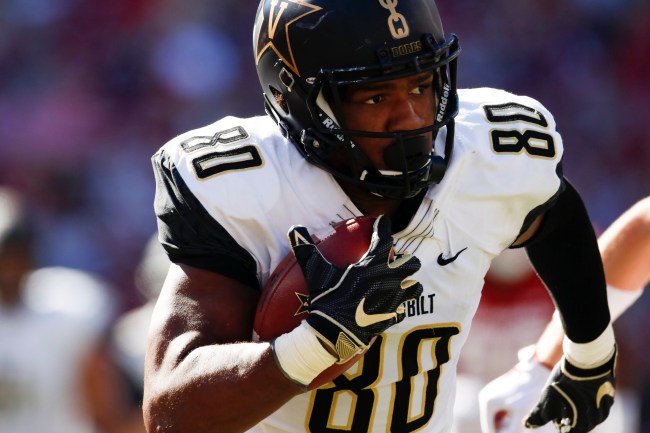 The Patriots aren’t more successful than any other franchise in professional football because they have the best quarterback/coach duo the game has ever seen and an owner who knows how to read.

They are successful because while other teams are asking potential employees if they find their mothers attractive, or when they lost their virginity, or if their mothers are prostitutes, the Patriots are asking them questions related to their craft.

During a meeting with Patriots personnel Monday in Indianapolis, Vanderbilt tight end Jared Pinkney says he was ridiculed for having a “loser’s mentality.”

Vanderbilt’s Jared Pinkney met with the Patriots here and at the Senior Bowl. Former teammate of Adam Butler and Joejuan Williams. pic.twitter.com/4hOuHy4tj1

“It’s interesting, because (with) a team that’s been winning for as long as they have you expect them to come in with a certain mentality and to share that mentality and to spread it and impart it on you,” Pinkney said. “And that’s exactly what happened. I gave a kind of wonky answer, and it was like, ‘No, that’s a loser’s mentality.’ And I was like, ‘OK, my bad.’ (raises hands) They were like, ‘You need to be like this and that and that,’ and I was like, ‘Yes, sir. I’m better.’ ”

Pinkney, who was 20-30 when during his time at Vandy, doesn’t sound like a subscriber to the Patriot Way. Derek Mason, his head coach at Vanderbilt, spoke about the Patriot mentality ad after he and his staff visited Patriots training camp before the 2018 season.

“After that visit, for two years, it was really just, ‘Bill Belichick did this,’ and ‘Bill Belichick said that,’ “Pinkney said. “What he said to Tom Brady. Eventually, we just got tired of hearing about it. But in reality, it does help an organization, pro level or college, to be able to go and see what it’s like at the highest level and how they operate and then bring it back to your own coaching room.”

A “loser mentality” doesn’t pair nicely with his 40 time, either.

The Patriots, above all teams, should know that athleticism isn’t a requirement for success.

20 Years Ago: @TomBrady takes this picture at NFL Combine. The late draft analyst Joel Buchsbaum remarks: “He is not what you are looking for in terms of physical stature, arm strength and mobility.” pic.twitter.com/gXjmCdHT9l