Paul Bettany Confirms That Vision Has A Density-Changing Purple Dong 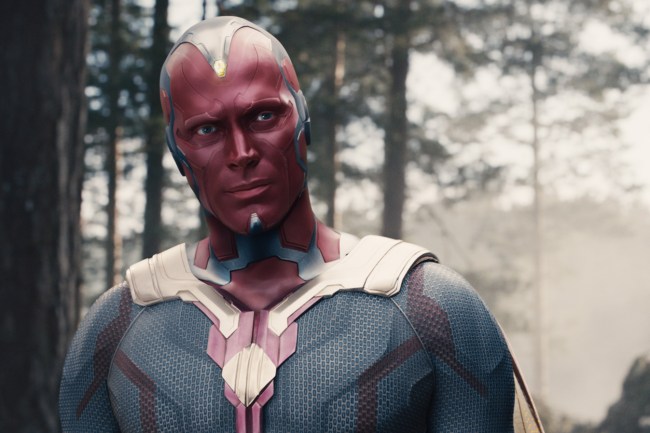 There was some HUGE news in the entertainment industry this week. No, not the news that Chris Pratt is joining the cast of Thor: Love and Thunder. No, it wasn’t the new trailer for The Snyder Cut or the industry-shaping news that Wonder Woman 1984 would be hitting HBO Max on Christmas Day. That’s all hogwash in comparison to this latest bombshell from Marvel Cinematic Universe actor Paul Bettany, who confirmed that not only does Vision have a dong, but it’s purple and it changes density.

It certainly makes sense that Vision is packing purple heat — how else do you explain Scarlet Witch, one of the finest women in the MCU, falling for him despite the fact that he’s got the personality of a cardboard box and the physical features of an action figure from outer space? His shape-shifting junk, that’s how! No wonder they wanted to just abandon the rest of the Avengers and stay in their Scotland studio for the rest of eternity.