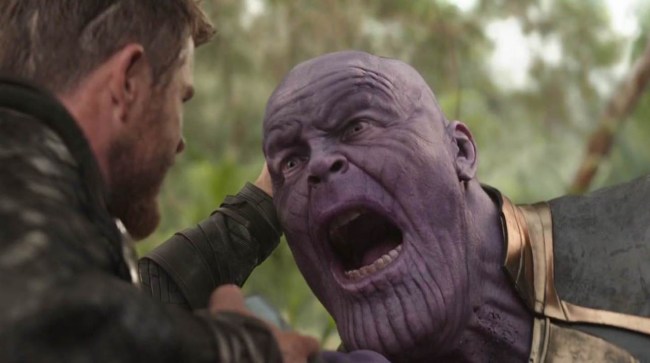 Heading into the release of Avengers: Endgame, the internet discussion surrounding the film was unlike any we’ve seen before (which makes sense considering the movie is now the highest-grossing of all-time).

But in that online storm of pre-release conjecture surrounding Avengers: Endgame something beautiful was born, and that was the “Ant-Man kills Thanos by crawling up his ass and expanding” meme. 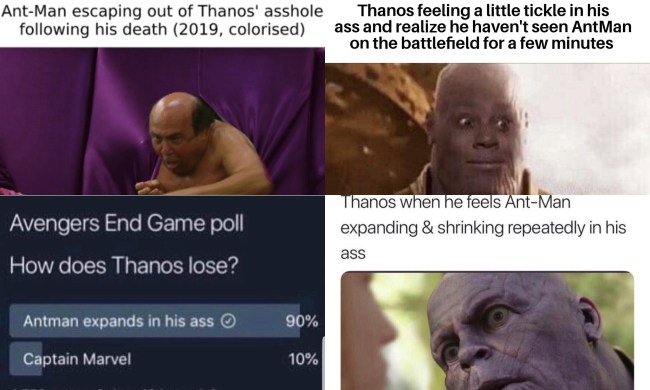 Just top, top tier interneting. In fact, the meme became so big that it (unfortunately) made it all the way up to Thanos actor Josh Brolin, who decided to post this incredibly bizarre response video

Obviously not as interested in meme culture as the rest of the internet, Disney — those pussies — decided to ultimately not go down the Thanos-death-via-rectum route and instead had him snapped into the ether by our boy Iron Man. And if you ask Endgame star Paul Rudd, that was a missed opportunity by Marvel.

When asked by Hot Ones host Sean Evans what he thought about the Thanos/Ant-Man meme, Rudd said that he considered it to be a “lost opportunity.”

And frankly, I agree with Rudd. Yeah, seeing Tony Stark lay down his life for the fate of humanity was sweet and all, but Thanos kind of got a free pass by being dusted to death. This man was trying to commit genocide to half of all living things! He needs to pay for his crimes. And what better way to make an intergalactic sociopathic Grimace pay for his sins than having the lamest Avenger embarrass him and his legacy by crawling up his nether regions and hitting him with the internal supersize me? Exactly.