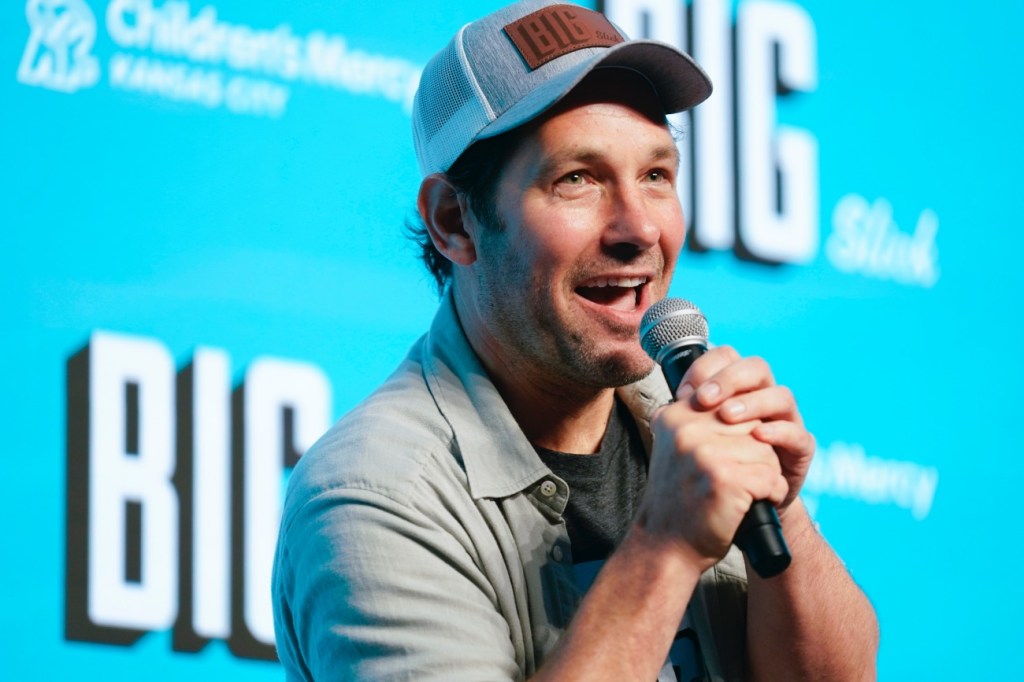 By all accounts, Paul Rudd appears to be one of the most genuine guys in Hollywood. It doesn’t seem entirely fair to chalk it up entirely to Rudd’s Midwest upbringing but it’s one of the defining characteristics that always gets brought up went discussing how nice of a guy he is.

I’ll break this story down pretty quickly and you can decide which parts you’d like to dive deeper into because there are a few moving parts. (1) It started back in June when a mother took to Facebook with a post about how her son only got 4 signatures in his yearbook, 2 kids and 2 teachers.

The kid was so disheartened by not getting enough signatures he signed his own yearbook himself with the inscription ‘hope you make some more friends’ and his name. The mother’s Facebook post went viral and (2) Paul Rudd saw it, contacted, the kid, FaceTime’d him to introduce himself, sent him an incredible present, and the story went viral with other gifts pouring in.

The awesome superhero gift that Rudd sent him:

According to Fox4KC, Paul Rudd sent him a letter saying “It’s important to remember that even when life is tough that things get better. There are so many people that love you and think you’re the coolest kid there is — me being one of them! I can’t wait to see all the amazing things you’re going to accomplish.”

After seeing Rudd’s incredible gesture, GoPro also reportedly sent the special kid a camera and CVS sent him additional gifts as well. And there continues to be an outpouring of support from strangers who are sending letters.

If you’re interested in sending a letter, you can find their address in that Fox4KC article by following the link above!

Let this story be a reminder that it costs nothing to be nice to strangers. And a little bit of kindness at the right moment can mean the world to someone.