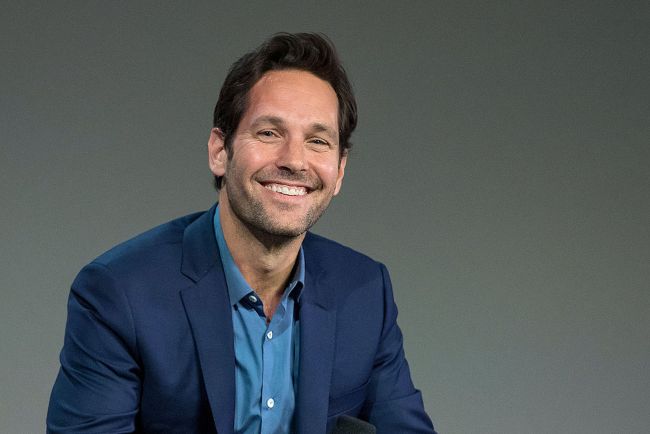 When you think about it, it’s actually sort of depressing that the core premise of Ted Lasso that’s been blowing people away for the last year-plus is essentially: “What if someone was almost aggressively kind?” As it turns out, seemingly age-proof actor Paul Rudd may be the real-life Ted Lasso.

In an effort to promote his upcoming podcast Storytime With Seth Rogen, Seth Rogen recently sat down with Vulture to tease some of the stories you can expect on the show, such as this anecdote about Paul Rudd changing the course of a stranger’s life by simply being a decent human being — Seth’s word, not mine.

“Then one day, on a date with this guy where they’re going to see Inglourious Basterds, she meets Paul Rudd in the theater, whom she’s a huge fan of,” Rogen recapped. “He was very nice to her, and she told him about her dream of pursuing comedy; he told her if she was serious about it, she might as well do it. That conversation changes the course of her life.”

Rogen spoke to Rudd for the podcast in the hopes that he’d remember the interaction, “but he had no memory of it. He changed her life, and it was a result of him being a nice dude in general.” [via Vulture]

If there’s a moral to the story, it’s this: it costs us absolutely nothing to be kind. Do it more often.

You can catch more of Seth Rogen’s podcast when it releases on October 6. As for Rudd, you can see him when he stars in Ghostbusters: Afterlife and the AppleTV+ series The Shrink Next Door alongside Will Ferrell, both of which are scheduled to release in November. Additionally, Rudd is currently filming Ant-Man and the Wasp: Quantumania, which is scheduled to hit theaters on on February 17, 2023.

WATCH: For The Final Time, Paul Rudd Hit Conan O’Brien With The ‘Mac and Me’ Prank