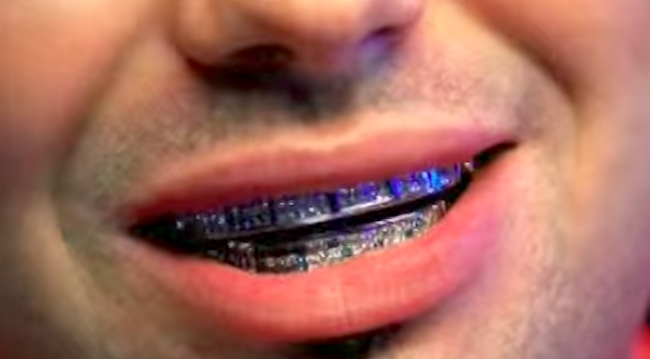 In 2005, two major events happened in the city of Houston. The first was the Astros making it to the World Series for the first time in the history of the franchise (they’d ultimately go on to be swept by the White Sox). The second? Paul Wall bursting onto the scene with his game-changing hit “Sittin’ Sideways.”

Wall’s ascension came a year after Mike Jones put Houston rap on the map, and he continued a proud tradition of music videos filled with oversized t-shirts, gigantic rims, and Wall’s signature accessory: grillz. He was the poster boy for the mouth bling movement and even recorded a song with Nelly in which he professed his love for the diamond-encrusted mouthpieces.

Over time, Wall went from rapping about grillz to selling them. He’s been operating a successful business specializing in custom grillz along with partner Johnny Dang for years— the two finally opened a retail location in Houston in 2016. Now, Wall is inviting every member of the Houston Astros to come down and visit the store so he can hook them up with a pair as a reward for making the World Series.

U know we had to do it! In celebration of @astros goin to the World Series we are offering free grillz for the entire team c/o me/ @tvjohnny

Pitcher Lance McCullers Jr. was the first Astro to respond to the offer and indicated many of his teammates were eager to accept the invite:

This isn’t the first time Wall has offered bling to athletes he deems acceptable. He also offered to outfit any American who won a gold medal at the Rio Olympics with a grill designed to commemorate their achievement.