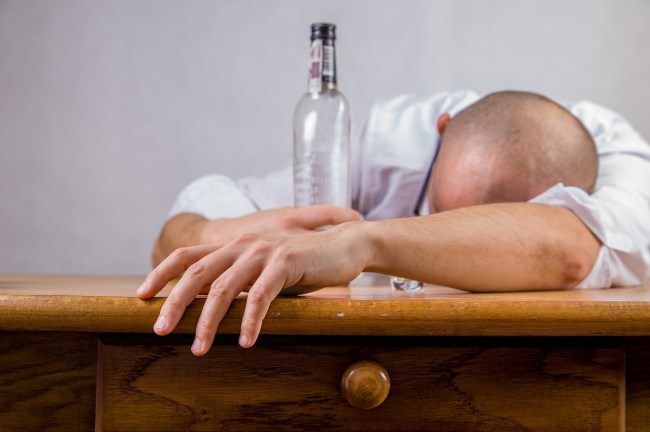 It’s Monday morning, so I assume a number of people who aren’t too hungover to read this opened their eyes with a headache, a paralyzing fear of getting out of bed, and a heart full of regret concerning the decisions they made over the weekend.

Most seasoned drinkers have a hangover cure of choice, like the tried-and-true “drinking more” strategy or the scientifically-backed breakfast sandwich.

However, if you’re a real veteran, then you know there’s really only one thing to turn to in the morning: the potion in a bottle that is Pedialyte.

Pedialyte and chili, the brunch of sick hungover people 👍

woke up & i see pedialyte and water to my side. hungover mari wants to thank drunk mari

While it might have initially been created for small children, grown men and women have slowly adopted it as their own as more and more people realize how truly magical it is.

I’m personally shocked Pedialyte has never created a cool, hip offshoot brand marketed as the “Ultimate Hangover Cure” but they seem to be doing just fine without it.

While waking up and taking a bottle of Pedialyte to the face is a great strategy on a Sunday morning (or, depending on what you got into, afternoon) it’s apparently not enough for some people.

According to Mel Magazine, there are at least a few souls out there who have gone to some pretty extreme measures in times of need— like doing a line of the brand’s powdered version.

I just watched someone SNORT Pedialyte. I need to get out of Chicago immediately.

You may also remember a young lad by the name of Xander, a frat guy at the University of Tennessee who was partially responsible for one of the greatest press conferences of all time thanks to his lawyer’s excessive use of the word “butt-chugging.”

I can’t tell you if anyone has ever boofed Pedialyte but at least one person has asked about it.

Pedialyte: “We’re not just for babies 😉”

Craig: “Can I buttchug it?”

The article also notes some people have decided to use it as a mixer and even use it as their shot of choice in the world’s least appealing boilermaker.

You do you, but if you’re going to turn to Pedialyte after a night out, I strongly suggest you only put it in the orifice it’s designed to go into.