HBO Unleashes Preposterous Flex, Casts Pedro Pascal As Joel In ‘The Last of Us’ 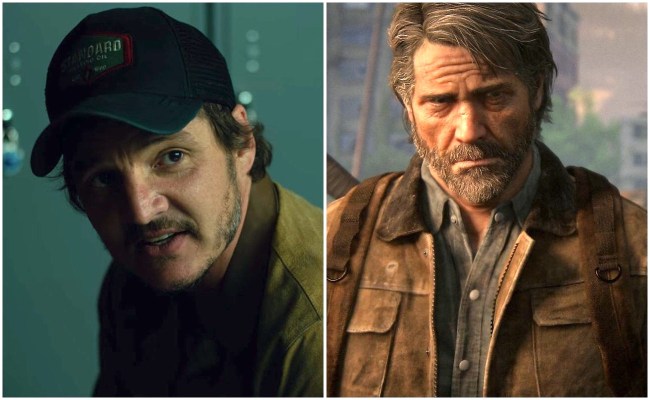 I’m wholly fascinated by Pedro Pascal’s career. Over the course of about six years, ever since he starred as Oberyn Martell in season four of Game of Thrones, the guy has grown from television character actor to bonafide A-Lister. Pedro Pascal is a star and it seemingly happened overnight.

Pascal’s meteoric rise is set to continue this year, as the Wonder Woman 1984 and The Mandalorian star has been cast as Joel in HBO’s upcoming adaptation of the beloved The Last of Us. In addition to Pascal, 17-year-old Bella Ramsey — who also got her big break on Game of Thrones as Lyanna Moarmont — will co-star as Joel’s post-apocalyptic companion Ellie.

Craig Mazin, the creator of HBO’s hit miniseries Chernobyl, is penning the script with Neil Druckmann, the writer and creative director of the video game franchise, and Kantemir Balagov, the Russian filmmaker behind the acclaimed 2019 Cannes Film Festival entrant Beanpole, is slated to direct the pilot.

Pascal certainly wasn’t the only A-Lister in line for the role, as reports indicated that while two-time Academy Award-winning actor Mahershala Ali “circled” the role, a deal “never came to fruition.”

Pascal’s Joel, tormented by past trauma and failure, must trek across a pandemic-ravaged America, all the while protecting a girl who represents the last hope of humanity. This marks a homecoming for Pascal who became a household name with his role as Oberyn Martell on HBO’s mega hit Game Of Thrones.

The actor recently became available for a new series, attracting multiple big offers from top premium networks and streamers, opting to do The Last Of Us. [via Deadline]

Based on the hit PlayStation franchise, The Last of Us sees Pascal’s Joel and Ramsey’s Ellie existing in a world twenty years after modern civilization was destroyed by a zombie-like virus. Joel, hired to smuggle Ellie out of an oppressive quarantine zone, begins to bond with the teen as the two traverse across the United States, depending on each other for survival as the pair learns Ellie could be the key to humanity’s future.

Put simply: Pascal’s casting is an absolute surefire home run and elevates The Last of Us from a series with potential to one of the must-watch TV shows in the coming years.

At this time, while it is unclear when production will begin, it’s safe to assume the series will premiere sometime in 2022, maybe even late 2021 if we’re lucky. As for The Mandalorian, production on season three begins this spring.

Who would you have liked to see cast as Joel? Let us know in the comment section below!