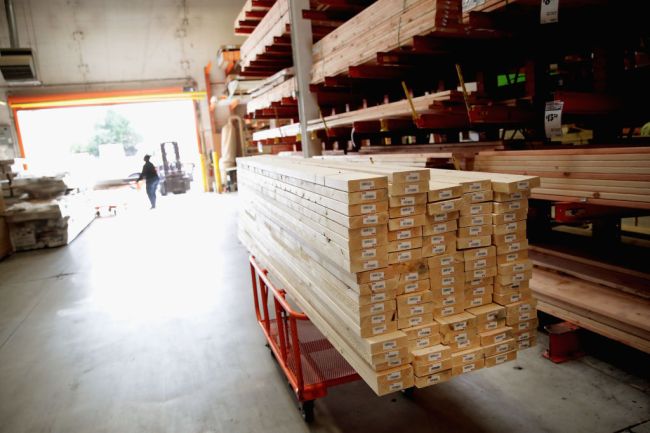 “3:26pm: Commerce Blvd. @ Home Depot for disorderly people having an exorcism in the lumber isle for the dead trees,” authorities wrote. “They were escorted out of the building.”

Probably for the best.

Dickson City police spoke with the Philly Voice on Thursday and couldn’t help but laugh.

“It was a séance type of thing for the dead,” the officer said.

The individuals were asked to leave but were not charged. Again, probably for the best. Who knows what type of ritual they would have performed on the police.

“There were two people hanging out in the lumber department doing their little exorcism thing,” the officer told The Voice. “Some people at the store started picking up that something was happening that was not necessarily normal. Police were called to the store and they were escorted out of the building.”

Price of lumber has been particularly high over the last few weeks due to COVID. As the nation begins to reopen, saw mills are ramping up again and prices are dropping. Perhaps the two exorcists were reacting to the increase in lumber production and hoping to put a stop to it.

No matter what they were doing, it was bizarre and straight out of a horror movie. Or the Lorax. Maybe both? Definitely both.

With all of that being said, I love this move. These two exorcists were just sitting at home and thought “let’s head down to the local Home Depot and get those evil spirits out of the lumber.” What a life.