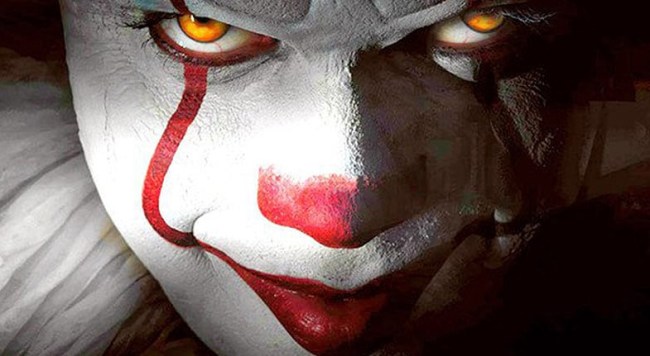 The latest totals show that the blockbuster Stephen King adaptation “It” has made over an estimated $371,000,000 in the worldwide box office, and is the biggest September release of all-time. The horror movie is already pretty dark, but actor Bill Skarsgard said it could have been even darker. Skarsgard, who plays the creepy clown Pennywise, revealed to Variety that a “really disturbing” flashback scene was actually deleted from the film.

“There was a scene we shot that was a flashback from the 1600s, before Pennywise [was Pennywise]. The scene turned out really, really disturbing. And I’m not the clown. I look more like myself. It’s very disturbing, and sort of a backstory for what It is, or where Pennywise came from. That might be something worth exploring in the second one. The idea is the ‘It’ entity was dormant for thousands and thousands of years. The [flashback] scene hints on that.”

In Stephen King’s 1986 novel, there are flashbacks to the origin of It, but there are none in the finished film. But for those of you who enjoy dark content fear not because there will be a sequel to Andy Muchietti’s adaptation, and the film is reportedly much more disturbing than the current scarefest. A possible plotline of the sequel could be one of the key members of the Losers’ Club develops an extreme drug addiction and attempts to destroy It once and for all.

“My idea of Mike in the second movie is quite darker from the book,” Muchietti told EW. “I want to make his character the one pivotal character who brings them all together, but staying in Derry took a toll with him. I want him to be a junkie actually. A librarian junkie. When the second movie starts, he’s a wreck.”

Skarsgard delved deep into what is It.

“The book is very abstract and metaphysical about what it means to exist and the idea of fantasy and imagination and all of these things. I think that could be cool to explore as well. It’s like, what is Pennywise? He only exists in the imagination of children. If you don’t believe him to be real then he might not be real. There’s an interesting aspect to explore there.”

Muschietti said he expects to start filming the “It” sequel in spring 2018.