Why People Who Don’t Get It Are Simply the Worst 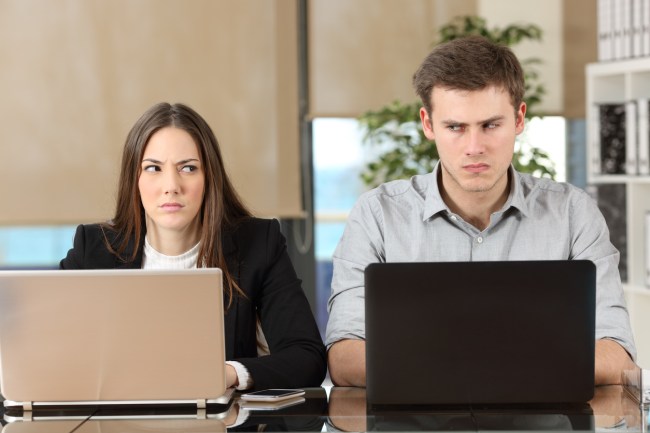 My friend and I developed a theory about life and human beings a few years ago on a late evening roof sit after a few cups of boxed wine. The theory has stuck with me ever since, and I still use it to this day when meeting new people. That theory is that there are two types of people: People that get it, and people that don’t get it.

This is a topic I’ve found a bit difficult to put into words, but I feel is important to share. By the end of this article, I hope that more people will get it, and that the people that do get it will realize that there are going to be people in this life that just don’t get it.

Explaining people that get it is a bit difficult because there are a lot of factors involved, so I first compiled a short list of people that don’t get it to help explain.

People that don’t get it

People that jog the morning after Thanksgiving.

People who abuse small amounts of authority they are given: These are the CAs or RAs in the dorms that get off on the idea of writing college students up for drinking in college. Hey power trippers, it’s called college. These are the same people that will go on to write tickets to people for jaywalking when no cars are present, driving 5 mph over the speed limit on an open highway, and having a loud party on New Year’s Eve.

Kim Kardashian and anyone who had a hand in making her something people know about. I blame Ray-J.

People who drive across town to save 3 cents a gallon on gas.

People who raise their voice when it’s unnecessary.

People who post things like this on Facebook, “Sometimes I don’t feel appreciated and it makes me want to quit doing what I love.”  – You cut hair. Why do you love that and why should we appreciate that? It’s a job. Most humans have jobs. Go ahead and quit what you love to complain about.  You don’t get it.

People who go to bars looking to start a fight. You suck.

Now, there are a lot of factors that boil into people getting it or not, but one thing that I’ve found consistent with people that get it is that they realize that life is absurd.  The very idea that we’re alive is an inconceivable concept that’s actually quite humorous when you think about it.  For example, every single one of us came out of our dad’s boner. Then we became tiny babies, experienced some events, and eventually grew into what we are today.  All of this happened on this giant rock that’s hurling through space and orbits an even bigger ball of fire.

Absurdities in life can be purposely absurd as well. For example, in college I had over $20 left in printing money at the end of my junior year. If I didn’t use it, the money would just vanish into the ghost of college past. So instead of wasting it, I printed over 100 full size pictures of Rosie O’Donnell. My roommates and I then took the two pictures we had printed of Rosie and checker boarded them across an entire wall in our living room.

It was a funny idea to think that we were probably the only people in the world with this wall, and it was great to see the reactions of everyone that came over to our house. Some people would walk in and instantly start laughing.  They got it. It was absurd. Others would just stare at it trying to figure out the significance of it. Sometimes they would even say, “I don’t get it.” Exactly, I’d think to myself as I would nod and chuckle to myself, “You don’t get it.”

I recently listened to an episode of Pete Holmes’ podcast You Made It Weird with guest Deepak Chopra. Within the first five minutes of the episode Holmes asked Chopra about comedy and Chopra explained that he has a book out called, Why is God Laughing? Holmes then asked, “Why is God laughing?”  Chopra responded with, “Because God gets the joke. Everything in the universe is a paradox. Nothing makes sense. Why do we exist? Why is there something instead of nothing?”

At its core, people that get it understand the absurdity of life and just how fun it is to go through life realizing it. I hope you get it and that you can fully enjoy the amazing randomness of life. If you don’t, you’ll be stuck living an awful boring life not getting it.