Over 50,000 People Were Duped Into Believing The Kid Who Won The $451 Million Jackpot Was Giving It To Them 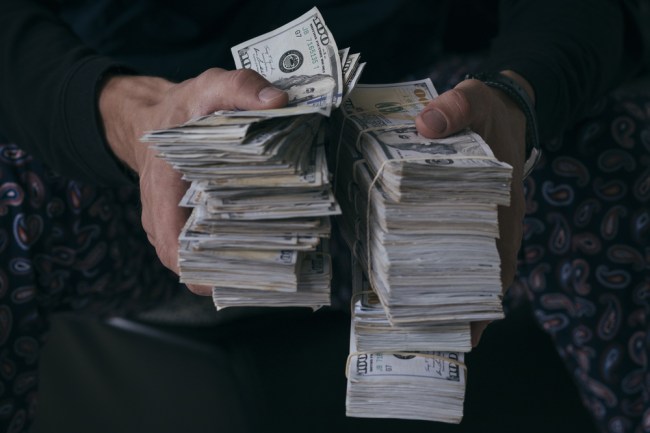 A 20-year-old named Shane Missler from Tallahassee, Florida won $450 million on January 5, marking the second largest jackpot won by a single ticket in history. Missler chose to receive a one-time, lump-sum payment of $281,874,999, minus taxes.

“I’m only 20, but I hope to use it to pursue a variety of passions, help my family and do some good for humanity,” he said in a statement.

Thousands of people thought they were going to be the beneficiary’s of Shane’s ‘good for humanity’ when he seemingly tweeted that he was going to donate $5,000 to his first 50,000 followers that retweet and like the below post:

I am giving back $5,000 to the first 50k followers that retweet and like this post. This is to much money and I love helping people!🙏🏻 pic.twitter.com/ciRk5Tj8N6

If Shane were true to his word, that would mean that he would give away $250 million of his $281 million lump sum to strangers on the inter webs. Red flag. If it’s too good to be true, it probably is.

But, nearly 53,000 people were fooled by the account that would later be revealed as fake. According to the Miami Herald, The faux Missler account had more than 50,000 followers by noon Tuesday or over quadruple the followers of the 11,685 following Missler’s actual account.

Shane’s actual account tweeted the below to burst everyones bubble:

Again, thank you all for tuning in. This journey has only just begun, mark my words. Unfortunately many fake accounts have already circulated. My only active and real accounts are Instagram and Twitter both @TheShaneMissler 🙏🏻 💯 #GratefulBeyondWords

When you read all the suckers who fell for the fake account, it makes you want to laugh and cry for them simultaneously.

This kid Missler is a stud! We need more people like this dude! I’d do this too, if I won big. He’s more of a hero than any US politician

Thanks homie. Venmo is Christopher-Moon4.

When can i get that money homie?

5k can really changes college kids year around. Either way this is a very generous thing to offer the world

I saw the tweet only had 41k, I got so happy 😂. I retweeted, followed him, turned notifications on, and got my paypal info ready

This would help me so much, being a single mama pic.twitter.com/hwtO6sn33f

You seem to be a great young man. May God bless you!

Oii I’m counting on u, make my bank accnt glow up x

Bless your kind heart. This would help me for med school!!

Next time somebody wins the lottery. Ima just copy their photo off of the news article. Make a new twitter. Make that pic my avi. Claim I’m giving the money away. Get like 50k followers. And then turn it into my soundcloud mixtape page. Stay tuned, ima be the next Chief Keef. pic.twitter.com/bIbqTeFgga