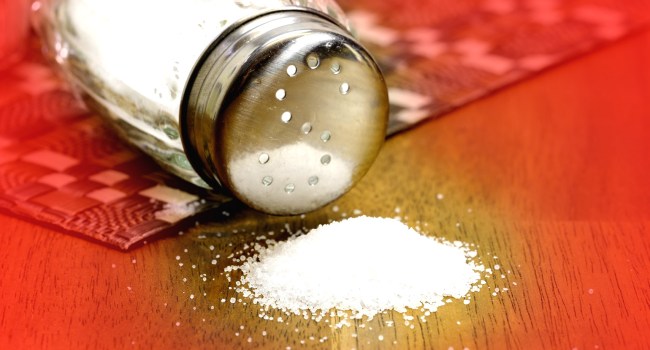 I think it’s a pretty safe bet to say that most, if not all, of us have at least one thing in our life that we’re still salty about despite many years passing since it happened.

Yes, it’s petty. We know that. We just can’t help ourselves.

Sometimes things happen that we simply cannot get over, no matter how long it’s been.

So when people on Reddit were asked recently to share the things they are still salty about many years later, there was no shortage of responses and almost without fail they were more than a little relatable.

10. I’ve mentioned this before, but when I was about eight or nine, we had a big project in school which ended with us writing a story. I spent f***in’ hours on this thing. It was going to be the best book ever. It was only a matter of time before it was snapped up by some publisher and then it would be the talk of the Scholastic Book Fair, no doubt in my mind. It absolutely had to be in by the time school finished for Christmas, so my teacher could mark it over the break, so I stayed up until about ten o’clock at night for about a week beforehand working on it — which, you know, is the closest thing you get to an all-nighter when you’re about nine. It was my Magnum Opus.

I got back to school in January to find that a) she had lost it, b) she was accusing me of not handing it in, and c) because mine was the only one she couldn’t find, she decided to call me out in front of the class about it. I ended up locking myself in the toilet because I was crying so much. Worst still, it later transpired that when it “turned up after all,” she marked it as though it was handed in late, and the b*tch still only gave me a middling grade. – Portarossa

My blood is boiling just reading this. – regularshowman1

9. A friend told me that they only hang out with me when all of their other options run dry. – Quetzel

They’re not your friends, just a bag of d*cks shaped like a human. – anitaform

8. I was at a house party in college and we had to take off our shoes. Some b*tch walked home in my leather knee high boots and I’ve never gotten over it. – forgetful-giraffe

7. On a fourth grade math test we had to make a shape that had only four sides, one set of parallel lines, and only ONE right angle (there were probably more requirements but I cant remember) I remember almost crying at my desk and spending 20 minutes on that one question while constantly telling my teacher that it wasnt possible but according to her it was. And the next day we went over the answer key, and the answer had two right angles… – Gloomy_CowPlant

6. My mom decided that she didn’t want Christmas presents one year and made sure to tell us (me and my two brothers). I suggested to her instead that we donate what we would have spent to charity in her name. She said she was fine with that if that’s what we wanted to do. So that’s what I did. I sent her a nice little card and the info for the charities I donated to, so she could see that her decision helped some good organizations out.

My mother does this. Blithely ignores EVIDENCE that she said something. They do it because they WANT to be the “issue martyr.” Oh my nasty kids, poor me… – heisdeadjim_au

5. Coming second in a school trivia competition 21 years ago. I had the correct answers on 2 questions that would have sent us to the national champs and was vetoed by the other 3 shitheads on my team. – Randomcomment23

That’s a life lesson right there. Being right is almost never enough. You also have to be able to convince others that you’re right. – fklwjrelcj

4. That my 6th grade teacher refused to believe I had no idea the dude sitting behind me was copying my answers on the test. – JustOurThings

Oooh I’d lose my cool as a parent. I’d show up and ask for her proof. Damn power-tripping saboteur. – HeyRiks

That is bullsh*t. I would be salty AF. – asdgrhm

2. The fact that I spelled “mayonnaise” correctly in my fourth grade class spelling bee, but the teacher claimed I didn’t and dismissed me. I had won in the third grade, and proceeded to win in the fifth and sixth grades as well. The unfair disqualification in fourth grade ruined what would have been a four year streak. – MadamNerd

1. In elementary school, there was a pencil machine in the front lobby where you could get pencils for 25 cents. There were also “special” pencils that had stars on them. If you got one of these special pencils, you could take it into the office and get a prize.

One day, I decided to get a pencil. I put in my quarter and out popped TWO pencils. And one of them was a special pencil! I went into the office and told the lady at the desk that the machine gave me two pencils and one of them was special. She proceeded to say that the machine shouldn’t do that, took the special pencil, and didn’t give me a prize. That was 19 years ago and I’m still pissed. – guitarkow

I love how this comment is about a pencil – Snootlebootlet

This makes me unreasonably mad. – Cathode335

Check out the rest of the responses over Reddit.