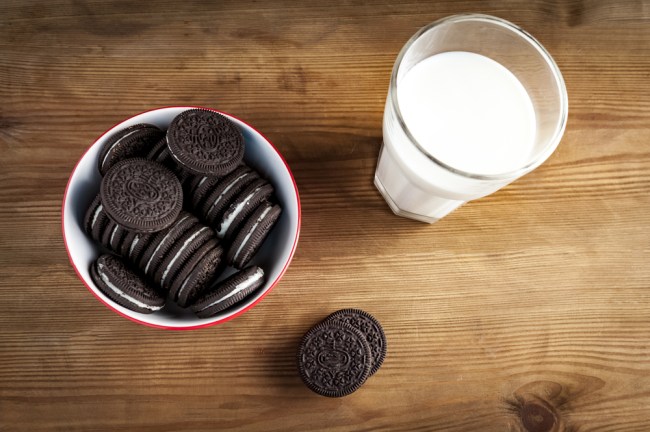 Since it’s 2017 and we’ve run out of things to argue about on the Internet, someone’s decided to revisit an argument older than time. What is the perfect amount of time to dunk an Oreo cooking milk? As an aside, I’d just like to note that this is one more dream job my H.S. guidance counselor never told me about: a person who gets paid to dunk Oreos in milk to test the optimal dunking time.

I haven’t dunked an Oreo in milk in probably 10 years, but that doesn’t mean I don’t feel very strongly about my preferred dunking time. As it turns out, I’m dunking all wrong. I prefer to dunk an Oreo for AT LEAST 10 seconds. If the Oreo becomes so milk-logged it breaks off and falls into the bottom of the glass, so be it. That just means I’m slowly building myself an Oreo Milkshake through failure. I’m turning failures into successes. But, like I said before, I’m doing it wrong.

Over at Mental Floss, they did some testing and spoke with scientists/experts to determine the optimal Oreo dunking time: “Dip your cookie for three seconds, give or take.”…But there’s a longer, better answer.

According to MF, someone in the 1990’s at the University of Bristol actually came up with a mathematical equation for this: 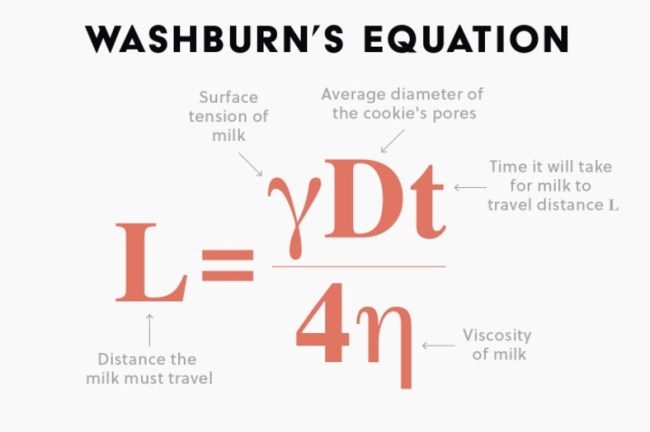 Shockingly, the person who created this equation never tested it on Oreos, they only tested it on British/European cookies. So, in 2016 researchers went about testing it on Oreo cookies and found:

“Oreos absorbed 50 percent of their potential liquid weight in just one second. After two seconds, they absorbed 80 percent. The number flatlined briefly for a second. After the fourth second, the cookie maxed out.”

S, anything over 4 seconds is overkill. That’s why 3 seconds is apparently the optimal amount of time to dunk an Oreo in milk, and now you know. For the full explanation click here and head on over to Mental Floss.