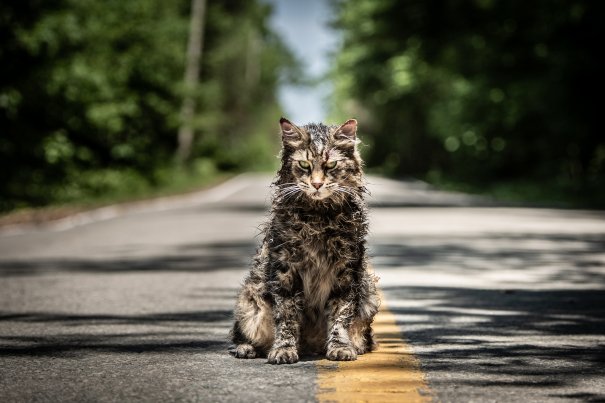 After the monumental success of It last year banking $700 million at the box office, there was a sudden rush to recreate other Stephen King works including Gerald’s Game, 1922, Children of the Corn: Runaway, and Pet Sematary. The trailer for Pet Sematary arrived on Wednesday and once again sometimes dead is better.

Based on the 1983 novel from King and the movie adaption in 1989, the new Pet Sematary follows the same premise of a burial ground of four-legged friend who got too close to fast-moving trucks. Everything seems hunky-dory when the Creed family from Boston roll into a sleepy rural area of Maine in their Volvo station wagon. Then the evil cats and super creepy kids arrive. Then shit gets terrifying.

Here is the official plot synopsis.

Based on the seminal horror novel by Stephen King, Pet Sematary follows Dr. Louis Creed, who, after relocating with his wife Rachel and their two young children from Boston to rural Maine, discovers a mysterious burial ground hidden deep in the woods near the family’s new home. When tragedy strikes, Louis turns to his unusual neighbor, Jud Crandall, setting off a perilous chain reaction that unleashes an unfathomable evil with horrific consequences.

These woods belong to something else. #PetSematary trailer tomorrow. pic.twitter.com/ZsFibF8qf3

The movie stars John Lithgow as Jud Crandall, the neighbor who knows a little too much about the haunted area, Amy Seimetz as Rachel Creed, and Jason Clarke as Louis Creed. Pet Sematary is directed by Kevin Kölsch and Dennis Widmyer. Pet Sematary claws into theaters on April 5, 2019.

For comparison, here is the trailer for the original Pet Sematary.