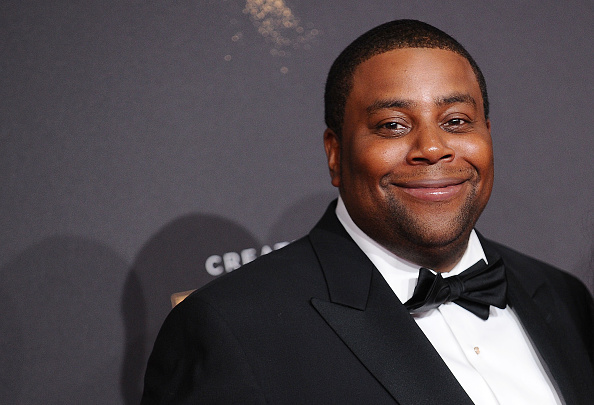 Everyone has an opinion on Pete Davidson’s joke about Dan Crenshaw, which mocked the former Navy SEAL for losing an eye while serving in Afghanistan. Kenan Thompson weighed in on the controversy on Monday and said his fellow SNL cast member crossed the line for ridiculing the wounded military veteran.

In Dan’s third deployment in 2012, he was hit by an IED blast during a mission in the Helmand province of Afghanistan. Crenshaw temporarily lost vision in both eyes and only regained sight in his left eye after several experimental surgeries that doctors called a “miracle.” Dan would deploy twice more after recovering from his wounds.

Why does this Navy SEAL wear an eyepatch?

Crenshaw was on patrol in Helmand province of Afghanistan in 2012 when a Taliban IED blast ripped through his body. The Navy SEAL on his third tour of duty was nearly dead, emergency evacuated and put into a medically induced coma. pic.twitter.com/Z06eD3CTT2

Retired Lieutenant Commander Dan Crenshaw’s glass eye has the Navy SEAL insignia engraved in it as a giant “FU” to the Taliban who failed to kill him.

I first met Dan in May, he was nothing but kind and welcoming. He even let met stick my phone right in his face to snap a photo of his glass eye, engraved with the SEAL insignia. This is a man of pure class. pic.twitter.com/hjS3XfF2AW

Kenan Thompson appeared on the Today show on Monday morning to discuss his SNL castmate’s controversial joke. Kenan acknowledged that Pete “definitely missed the mark. I think he was more so commenting on the fact that the joke maybe didn’t land as hard as he wanted to as opposed to being like I don’t care about veterans.”

“My father’s a veteran, Vietnam, and I personally would never necessarily go there, but it’s tough when you’re fishing for jokes,” the 16-season SNL comedian noted. “Like that’s how standups feel like there’s no real filters out there in the world when they’re trying to go for a great joke or whatever and we try to respect that but at the same time, when you miss the mark, you’re offending people so you have to really be a little more aware in my opinion.”

Thompson said Davidson is “a humble dude and has got a big heart.” Kenan added, “I don’t think he goes out to offend people, but stand-ups, they’re the ones who help us laugh through the most awful things in the first place so they’re always fishing in weird places and that was an unfortunate outcome.”

On Sunday, Crenshaw addressed Davidson’s disparaging words with class and dignity. “Good rule in life: I try hard not to offend; I try harder not to be offended,” he tweeted. “That being said, I hope @nbcsnl recognizes that vets don’t deserve to see their wounds used as punchlines for bad jokes.”

Crenshaw appeared on CNN on Monday morning to tell everyone that he doesn’t “want some hollow apology” from Davidson or NBC. “You are a Navy Seal. You did five tours of duty. You lost your eye after being hit by an IED in the Hellman province in 2012,” CNN host Alisyn Camerota said of Crenshaw. “You’ve received the Purple Heart, two Bronze Stars, a medial with valor. You could squash Pete Davidson like a grape, obviously. It’s not even a fair fight, right? He’s punching up. What do you want from him this morning?”

Hey everyone – @DanCrenshawTX went as Thor with an eyepatch for Halloween this year.

Just thought you should know that. pic.twitter.com/JiEGEhLNvo

Crenshaw then challenged the producers of Saturday Night Live to make a donation to charities for military veterans. “Pool their money together. Let’s throw a figure out there, $1 million, and we will donate that to a series of veterans nonprofits that helps veterans,” Crenshaw suggested. “Maybe the Navy SEAL Foundation, maybe Wounded Warriors, maybe Folds of Honor. I was just at their benefit last night. There’s a lot of great organizations out there, a lot of veterans that really need help. And frankly, this kind of thing is offensive to them. They feel laughed at.”

Here are links to the Navy SEAL Foundation, Wounded Warrior Project, and Folds of Honor in case you’d like to make a donation.

However, not everyone is as compassionate and understanding as Crenshaw. Former White House Press Secretary Sean Spicer said that Saturday Night Live creator and producer Lorne Michaels should be fired.

“This is what Lorne Michaels thinks is funny,” Spicer said on Fox Business. “It’s disgusting, it’s over the top, that’s not even close to being funny or humorous at all.”