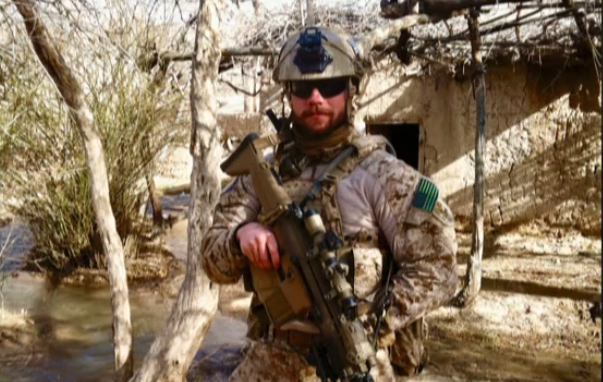 Former Navy SEAL turned congressional candidate Dan Crenshaw has responded to Pete Davidson‘s joke about him losing an eye while serving the country. The former Navy SEAL who lost an eye from an IED explosion in Afghanistan was not angry with the SNL comedian, but instead taught a masterclass on how to respond to antagonism from strangers who can’t possibly ever understand your exceptional situation.

What’s better than a Houston Rodeo?! Don’t forget- Election Day is TOMORROW! Get out and vote Dan Crenshaw for Congress!

On this week’s Saturday Night Live, Davidson provided his opinions on candidates running for office in the 2018 midterm elections. Davidson’s impressions of the politicians were not based on their political platforms but rather their appearance. During the “Weekend Update” segment, Davidson attacked Crenshaw for wearing an eyepatch after losing an eye while serving in Afghanistan.

Crenshaw, who is running for Texas’ 2nd Congressional District, responded to Davidson with dignity and class. Crenshaw went out of his way to say that he wasn’t offended by Davidson’s words. “Good rule in life: I try hard not to offend; I try harder not to be offended,” Crenshaw wrote on Twitter. “That being said, I hope @nbcsnl recognizes that vets don’t deserve to see their wounds used as punchlines for bad jokes.”

Crenshaw talked to TMZ and wanted everyone to know that it was best for the country to stop demanding apologies and Saturday Night Live can do whatever they want. He also said that “veterans across the country probably don’t feel as though their wounds they received in battle should be the bad punchline for a bad joke.” Crenshaw slammed Davidson by saying that “the real atrocity in all of this — it wasn’t even funny… it wasn’t original… it wasn’t funny.”

Democrat Todd Litton, Crenshaw’s political opponent, tweeted on Sunday regarding Davidson’s insults to Dan, “No matter what side of the aisle you’re on, Dan’s military service and sacrifice for our country are to be admired and appreciated. Period.”

No matter what side of the aisle you’re on, Dan’s military service and sacrifice for our country are to be admired and appreciated. Period.

A pundit on CNN called the attempt at humor “100% tasteless.”

Daniel Crenshaw retired as a lieutenant commander after a 10-year career in the Navy SEALS that included tours in Iraq, Afghanistan, and South Korea. In his 2012 deployment to Afghanistan’s Helmand province, he suffered an IED explosion that completely destroyed his right eye and was temporarily blind in his left eye until several “miracle” surgeries corrected his vision. Dan would go on two more deployments after he was blinded.

No sleeping in this weekend. Instead we did the Saman Challenge; in honor of Thai Navy SEAL Saman Kunan, who gave his life to rescue the soccer team trapped in the flooded cave in Thailand this summer.

“Dan was medically retired in September of 2016, after ten years in the SEAL Teams,” according to Crenshaw’s campaign website. “He left service with two Bronze Stars (one with Valor), the Purple Heart, and the Navy Commendation Medal with Valor, among many other recognitions.”

On trick or treat duty. Safe and Happy Halloween! pic.twitter.com/MgVLIARgKm

Here is a completely random question, given the choice of butthole eyes or an eyepatch, you’d definitely have to pick eyepatch just so you could tell the valiant story of serving the country overseas, right?