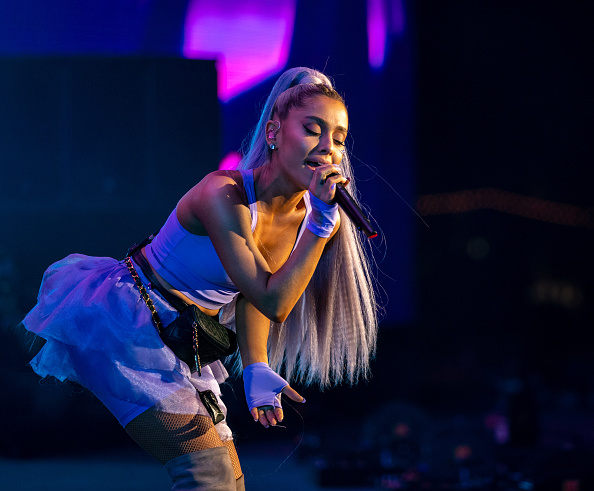 One day after lashing out at her ex-fiancé Pete Davidson, Ariana Grande is taking a much more compassionate tone about her celebrity ex-boyfriends. Grande released a surprise song titled Thank U, Next 30 minutes before Saturday Night Live aired.

On Saturday night, Grande released the new song that talked about her SNL star ex Pete Davidson and her former love Mac Miller, who died of an apparent drug overdose in September and his death allegedly sparked the breakup with Davidson.

This is quite the 360-degree shift from Friday when the pop singer attacked Davidson for a dumb joke for an SNL promo. Davidson asked musical guest Maggie Rogers, “Hey Maggie, I’m Pete. You wanna get married?” To which Rogers politely declined. Davidson responds, “0 for 3,” a reference to his previous lovers Cazzie David, daughter of Larry David, comedian Carly Aquilino, and Grande.

Grande referenced her new song when going after Pete in a quickly deleted tweet, “Thank u, next.” She followed that up by besmirching Mr. Davidson, “For somebody who claims to hate relevancy u sure love clinging to it huh.” Grande also quote-tweeted a fan who commented on the SNL promo that said, “SNL is about to milk their breakup just like they did with the engagement.”

In other Pete Davidson news, he died his hair blue or a Smurf smurfed off in his hair.

Pete Davidson's New Hair Color Might Be His Most Dramatic Look Yet https://t.co/WYeXiZbq7q pic.twitter.com/ft9PmWaeHW

RELATED: Pete Davidson Has Hope For Future With Ariana Grande Despite Singer Changing Locks On Her $16 Million Pad