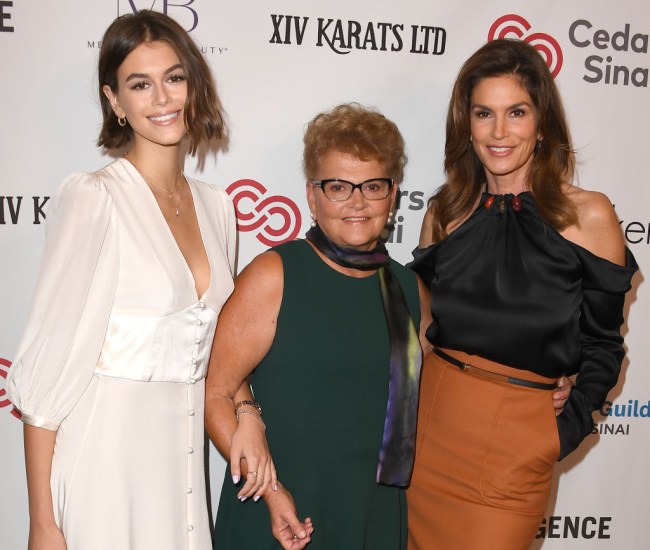 The Daily Mail is reporting that Kaia Gerber parents were “stressed out” about Pete Davidson, as Cindy Crawford and Rande Gerber were photographed outside of the model’s New York City apartment. The parents allegedly said that the Saturday Night Live star “freaked out” and “needed help.”

Less than a week after Davidson appeared on SNL and hinted that he was going to rehab, Pete was in bad enough shape to allegedly scare his girlfriend’s parents. On Thursday afternoon, Cindy Crawford and her husband Rande Gerber were spotted outside of Kaia’s NYC apartment, and they look very concerned. According to a witness, Davidson was just at the building but left through a different exit.

The witness told the Daily Mail exclusively that they overheard Crawford and Gerber talking about Davidson, and it didn’t sound good. A source overheard the couple’s conversation outside and claims that Rande said: “He’s got scratched out eyes. His face was like scared as if someone or a camera was on him. His eyes are very… and he’s like freaking out.”

Rande, the co-founder of billion-dollar tequila brand Casamigos, was seen in a photo putting his hand towards his own face as if he was scratching himself in the eyes.

According to the bystander, Rande allegedly also told his wife, “How in the hell can he… be away… he needs help my God that’s crazy… private rehab, ummm, like in an hour.” Rande added, “I mean he loves her.”

Gerber and Crawford were seen going in and out of the building and talking for several minutes according to the eyewitness.

Kaia Gerber, 18, and Pete Davidson, 26, have been dating since October.

You can read the entire report and see photos of the confusing siutation over at the Daily Mail.