Pete Davidson Left The Golden Globes After Party With Kate Beckinsale, Which Is Much Cooler Than A Stupid Trophy 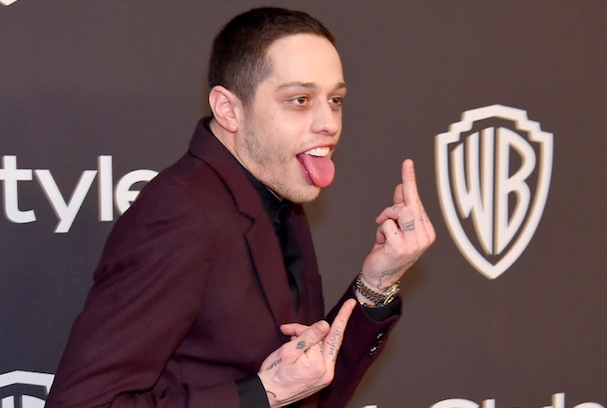 Pete Davidson has had a tough end to 2018. He’s been mercilessly ridiculed for his expedient split with Ariana Grande after the two excessively marketed their relationship as *2gEtHa FoReVa!* The mockery got so ubiquitous that the 25-year-old comedian reminded the public about his struggles with mental health, amounting in an alarming tweet where he said he “did not want to be on this earth anymore.”

Davidson’s mental health struggles will not be remedied by any one thing, but boy oh boy, some things will come damn close.

According to Page Six, Davidson and Kate Beckinsale were spotted leaving the Netflix Golden Globes party together.

“They were flirting all night and sipping Moët champagne,” a spy told Page Six TV. “They were outside on the patio and left together.”

Mind you, at 45-years-old, Beckinsale is two decades older than Davidson. She made her film debut in Much Ado About Nothing (1993) on the year of Davidson’s birth and acted in Pearl Harbor when he was 8. But, if Beckinsale has one weakness, it’s younger comedians. The British bombshell has had flings with 23-year-old Matt Rife and most recently Jack Whitehall. Shit, I need to be funnier. And younger. And a lot more attractive. And more interesting.

Shit I got a lot to do, so please enjoy these tweets.

Lets end this on a good note.