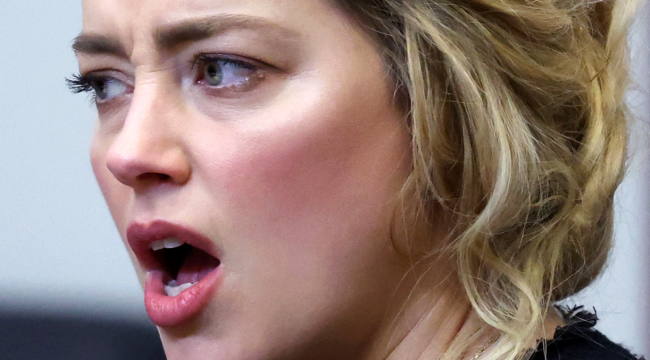 The current legal entanglement involving Amber Heard and Johnny Depp first got rolling back in 2019 after Heard wrote an article for the Washington Post claiming she had been a victim of domestic abuse and calling for social and legal reform.

She did not mention Depp by name, but he decided to file a defamation lawsuit against his wife of 16 months anyway in the amount of $50 million. He also claims her article cost him his role in a planned Pirates of the Caribbean reboot.

Shortly after the lawsuit was filed, thousands of Johnny Depp fans signed a petition asking for Amber Heard to be removed from her role as Mera in the sequel to Aquaman.

A year later, the petition was still going strong having accumulated a staggering 1.6 million signatures, mostly due to Depp’s failed $50 million libel lawsuit against The Sun which published an editorial stating that he was a reckless and abusive husband to Heard.

The petition, which claims “Amber Heard has been exposed as a domestic abuser by Johnny Depp,” has, as of this writing, now reached 2.137 million signatures.

Are real people promoting this petition to remove Amber Heard from Aquaman 2?

Surely, none of the many tweets asking fans to sign the petition are bots, right? 21 of these posts below showed up on Twitter in the past five minutes, 37 in 10 minutes, and hundreds more over the past 24 hours, all exactly the same.

Part of the petition reads…

“Since Heard’s divorce from Johnny Depp, she has systematically crusaded to ruin Depp in Hollywood, repeating multiple accounts of fake incidents in which she had actually abused Johnny Depp, but lied and created false accounts of him being the abuser. About the incident during which she shattered the bones in Johnny Depp’s finger and nearly severed it, causing Depp to require surgery to reattach and repair it, Heard presented a false story claiming that he cut off his finger himself, dipped it in paint and scrawled obscenities all over the walls.”

That last part there about the finger did actually happen. He admitted it in court.

So what do non-bots on the internet think about the petition to remove Amber Heard from Aquaman and the Lost Kingdom, in theaters everywhere on March 17, 2023? Everyone is being very reasonable about it.

Its crazy how they can so easily recast Johnny in FB3 but they were ok with keeping Amber Heard.

The fact a petition is needed for this to happen shows how biased the world has turned against men.. All they needed to cancel Depp was for her to just accuse him

Did Elon buy Twitter just to stop information spreading about his ex?

You know this has already been filmed right.